Writer Laura Lockington left British shores for an idyllic life in a tiny village in Mallorca. Writing in the sun, sitting under the lemon tree, dipping in the Med… it was all going so well. Then came Spanish lockdown.

The first two weeks of lockdown here in Mallorca were brutal. My dearest friend had arrived from Amsterdam for a ten day visit. In the rapidly changing circumstances he stayed for just 48 hours, and managed to get one of the last flights home. And then it was my birthday.

I had never felt so alone. I had planned a long boozy lunch for 10 at my favourite local restaurant. Suddenly, the whole world collapsed.

Police were out in force and we were told that we were only allowed out of our homes once a week for essential trips to the supermarket or pharmacy. All the police here are armed and it was unnerving, to say the least, to be stopped by them, demanding receipts to prove you had been to buy essentials.

Thank god for the dog

Luckily I have a little dog, Kitty, and she became a life saver. The (rather dishy) PM of Spain, Pedro Sanchez, in declaring the state of emergency specified that we were allowed to take our dogs out ‘for the necessity’ 50m from our homes.

I wandered the deserted, silent streets sniveling. It felt like a really bad dystopian novel, and I was sure that Mad Max was gearing up in the totally empty car park. No children were playing in the streets, nobody was sipping a ‘copa de vino’ in the cafes, no traffic, nothing. The death count was spiraling out of control worldwide and it was terrifying. 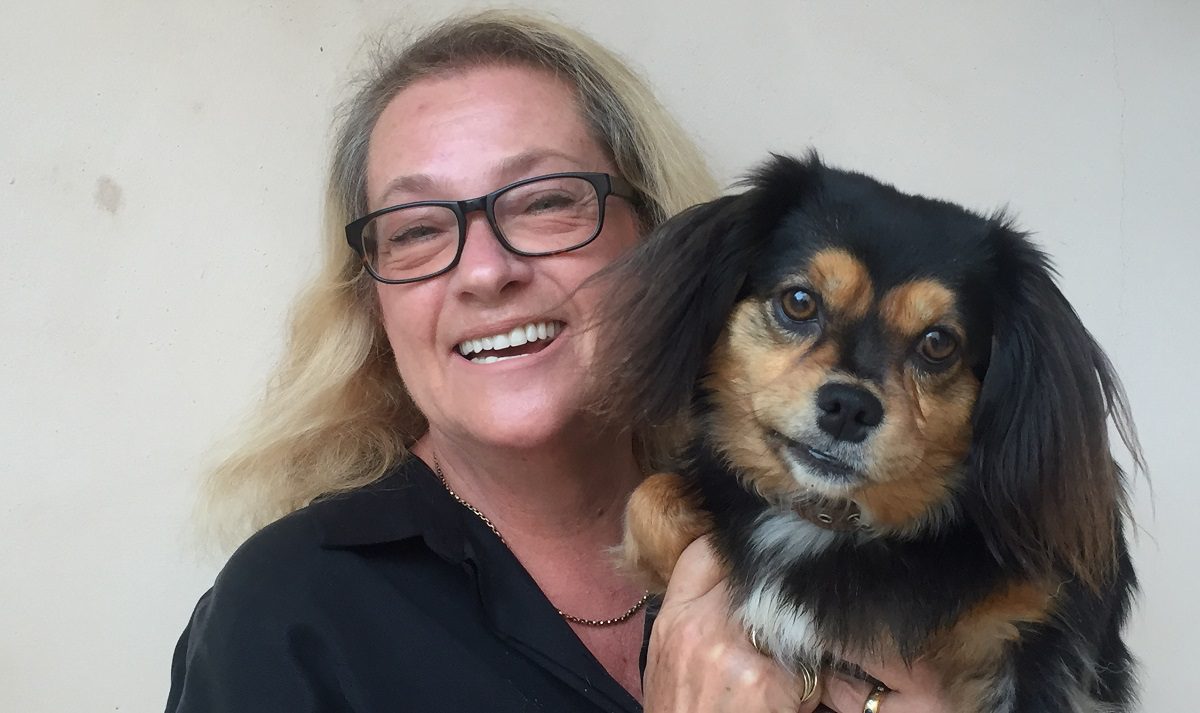 I cried a lot

I spent my birthday sitting under the lemon tree in my courtyard, cuddling my dog and feeling scared. I received a text from a friend who lives a mile or so away in the countryside, saying ‘Look outside your front door’. There was an enormous bouquet of mimosa cut from her garden, a bottle of wine and a card. She had permission to drive to the pharmacy and had made a quick detour (strictly illegal) to bring me some birthday cheer. Needless to say I dissolved in tears. Again.

Every two weeks the state of emergency was extended, and none of the rules relaxed. I became used to living in my jimjams, and binge-watching box sets, as well as binge-eating the contents of my pantry and freezer.

My all-time personal low was when I went out in said jimjams to walk Kitty, secure in the knowledge that I wouldn’t meet a soul. My entire street, indeed, all of Mallorca, keep their shutters firmly closed, so no neighbours would see me either.

Learning how to live with it

Phone calls on a daily basis with my best friend kept me sane, though they were at times heart-breaking as he had contracted Covid and was very ill, and I felt we would never see one another again. (Luckily completely recovered I should add).

All those online free courses for yoga, learning a language, baking bloody bread and Zoom Quarantini parties made me want to punch someone

I understood the need for a routine, to work, to keep busy but honestly it all seemed too much of an effort. Sure, I cleaned the house, but no more than usual. What was the point? Nobody was going to see it. And all those online free courses for yoga, learning a language, baking bloody bread and Zoom Quarantini parties made me want to punch someone.

By far my biggest challenge was to find something constructive to do. So after six months of not writing, that’s exactly what I did. I started a drama series for the podcast The Other 1% and collaborated with my writing partner in London, and gradually the days started to have some structure to them. 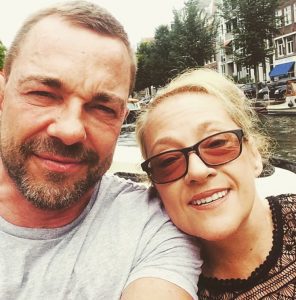 Of course in normal circumstances both he and I would make a flying visit to the UK or he would come here and copious amounts of wine would be drunk, and gales of laughter heard. Late nights, hangovers, and ideas would be hurled around and bounced back and forth.

Yes, technology is great. And yes, I wish I had bought shares in Zoom, but it ain’t the same. I was always at my happiest with friends, working out ideas and writing together, face to face, usually around my kitchen table with the empty bottles piling up.

But I had to make the best of it, and gradually the feeling of missing out eased into acceptance of this was how things were now. And that was OK. Not great, but OK. I then had a call that made me so happy I whooped around the kitchen and popped a bottle of cava. Mallorca Film Production asked me to write a screenplay. Carmen Molinar is directing and we start shooting at the end of the month.

It was made extra special because my great friend here is an actor and I wrote a part specifically for her. Working at something you love, in the company of friends is the best thing. Ever.

The sadness comes in waves

Sadness for the whole world and specific sadness for friends, and of course for myself. There was also a lot of anger. Anger at the flouting of rules that I saw going on back in my home town of Brighton. When I saw pictures of the beach I was really shocked at the sheer amount of people crowded there. The beaches were closed here for two months.

And the idiocy of people thinking that somehow the threat of Covid wasn’t ‘real’? I had to ration the reading of the news as it just raised my blood pressure, along with the conspiracy fools and their posts on social media.

Death is always closer than you think

I had a near-death experience last year when I had sepsis and severe pneumonia and ended up in ICU in Manacor Hospital here in Mallorca. All I can tell you about that is though the doctors and nurses were lovely, the care phenomenal, I resolved that if I was unlucky enough to catch this bloody virus I’d rather die in in my own bed than face the rigours of ICU again.

I think of my mother a great deal during lockdown. I do anyway, but even more so in these dreadful times. She taught me to make the best of situations; to laugh when you can, to drink a glass of wine when offered, and not sweat the small stuff.

I wear a ring that I had made from four of hers, and I never take it off. It’s a constant reminder that she is always with me. Taking life day by day seemed the only way I could cope, even thinking about next week was too much for me. I also thought about death a lot, too.

I yearn to go back to my favourite beach 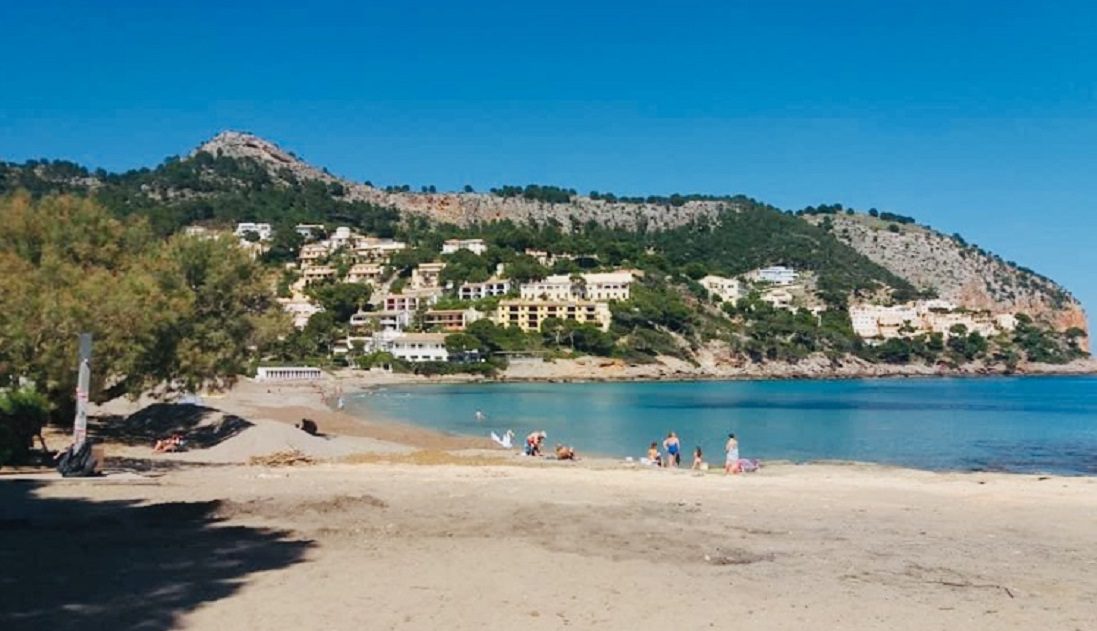 One of the compensations if I ever missed Brighton too much was to go for a dip in the Mediterranean. And gaze upon the green mountains, and marvel at eagles flying overhead, and think how lucky I was.

No fruit man. No sunbeds. No tourists. No buzz. We all cried a little.

The sound of the fruit man plying his wares on the beach and his distinctive yell of ‘Pina! Coco! ME-LONNNN!’ and watching him slash the fruit with a machete was a joy. As was lazing around with friends under the pine trees till we got too hot and had to go into the sea again, and planning where to go for a cold glass of wine later.

The beaches opened last week and we went there. No fruit man. No sunbeds. No tourists. No buzz. We all cried a little. It was a sweet sorrow to be there on that sparsely populated beach, which is normally vibrantly busy.

Of course, some might say it was all the better for being nearly empty, but the beach begs to be enjoyed by all, and I loved seeing the rag tag of humanity there. The fat old men puffing on cigars; the middle aged women topless and not giving a damn; the naked kids splashing around; the waiters in the beach café frantically trying to find a spare table in the shade; the smell of suntan lotion and calamari being fried, all of that had gone.

I hope with all my heart it comes back.