Are there older gamers around? Where are they? Amanda Horlington speaks to Silver Magazine about her ‘most enduring addiction’, in her confessions of a mid-life gamer.

Confessions of a mid-life gamer

I am often guilty of sharing Too Much Information (TMI). I deal in the currency of brutal honesty and will happily over-share details of dating fails, spout well rounded paranoia over the future of AI, and will give chapter and verse on the over-reliance of music sampling by lesser talented artists.

However, I rarely reveal my most enduring addiction – that I am a middle-aged gamer. I simply never speak of it in case I incur the type of eye-rolling one might expect when surveying an enthusiastic but hopeless skate-boarding dad in low slung jeans.

Since childhood I have always had a game as a backdrop to my life, much like music.  I learned basic programming on my first crush, a ZX Spectrum. On the Commodore 64 I felt love for my adorable Little Computer Person, a forerunner to the Tamagotchi. That game taught me how to look after something; my little person needed feeding, bathing and entertaining (it died in bed, hungry and bored).

From those early games I never looked back. I bonded with a boyfriend over James Bond Golden Eye, played Pinball Dreams for nine hours straight after a heavy night and shimmied away the baby weight with Zumba Fitness on the Wii. 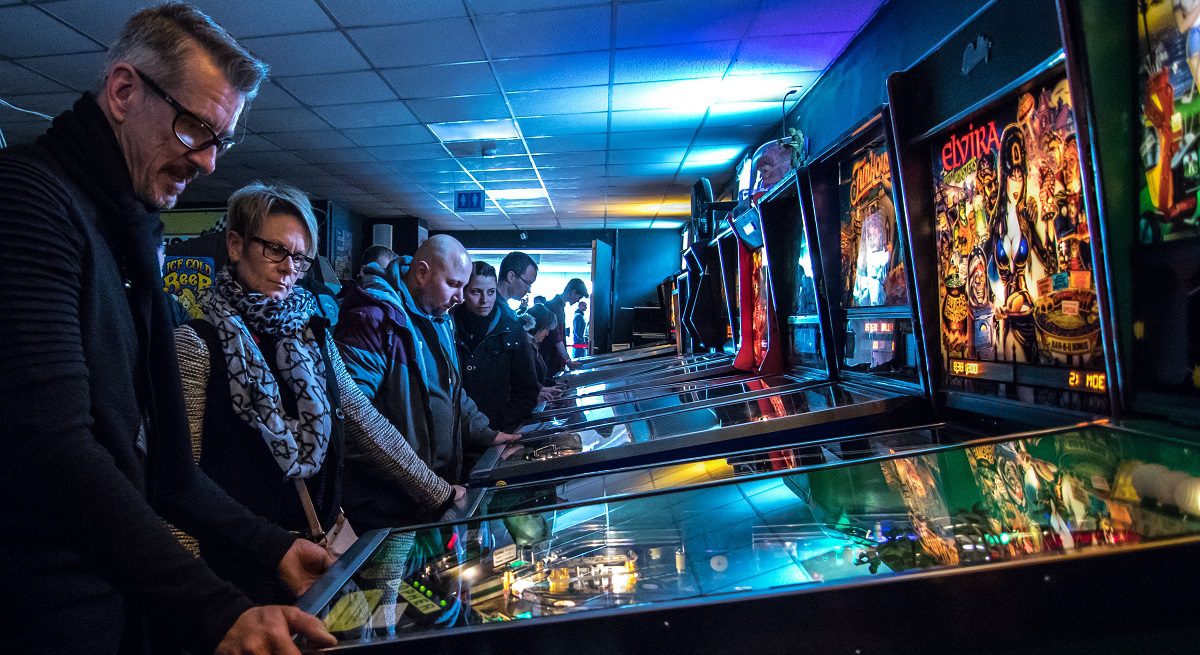 The continued rise in love for gaming

Now in my 50s I remain an active gamer but I’m still too embarrassed to mention it even to my closest friends. Recently when there was a clash between a lunch date and the final battle for my Empires and Puzzle clan, I did the only thing a committed gamer could do… I made the ‘important phone call’ excuse and quietly sloped off to the ladies to unleash hell.

Traditionally it has been assumed that only children and teenagers played games on computers, consoles and the like but with the convenience and availability of mobile games the gamer demographics has shifted massively; the gamer is getting older and spending more.

Even through a raging pandemic which destroyed businesses across many industries, the reverse was true for the gaming industry. One of the avenues people chose to cope with all the doom and gloom and was though mobile gaming.  According to stats in 2020 there were 2.69 billion mobile gamers globally with games accounting for 43% of all smartphone use. 50% of mobile gamers are 34 or older and 36% of surveyed 65 to 74-year-olds play once to several times a day. 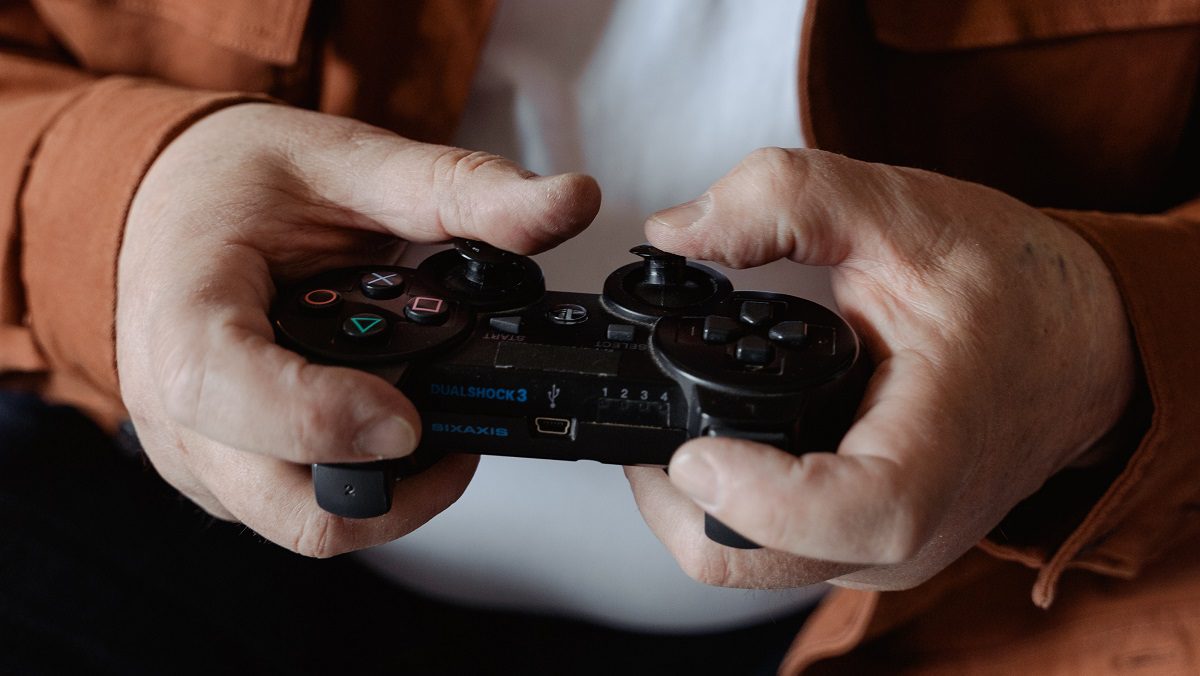 So, if that’s the case, why isn’t gaming a ‘thing’ that we actively share about ourselves?

My generation was the first with a computer in the home, so it stands to reason that we now turn to a gaming device to relieve stress, pass the time, or immerse ourselves in another world. But we are so very reluctant to reveal how deep-seated our gaming is and how much it plays an enjoyable part of our lives. As 85% of mobiles gamers don’t identify as gamers why the secrecy and, dare I say, shame?

The first rule of Mid-life Gaming has always been – yes you guessed it – no talking about MLG. But there has been a recent exception, which was Pokémon. Downloaded excitedly under the pretence it was for my sons, it quickly took over.

The three of us walked whine-free for hours in order to catch a recently spawned Legendary, racking up precious kilometres in to hatch an egg and exchanging light-hearted Pokémon banter with other parents and strangers alike. It was over this year of peak Pokémon that I discovered how many people were secret gamers, leaning in conspiratorially and, in hushed tones, confess they played too. 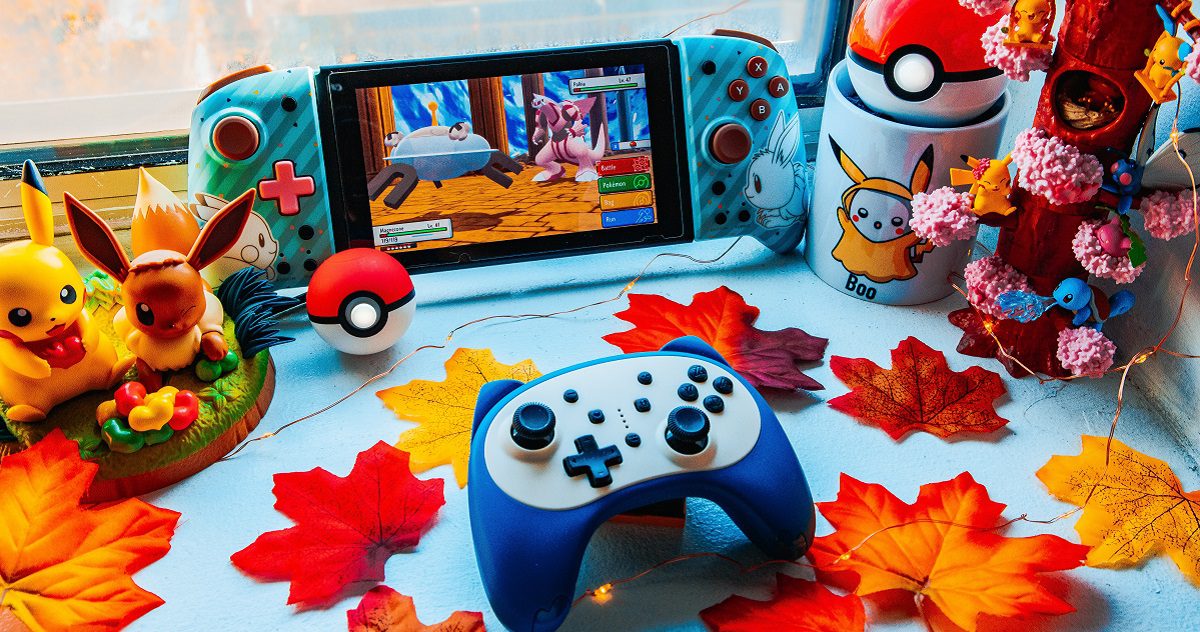 These days I no longer choose the frenetic arcade styles games, and I can’t afford to idle away a big chunk of weekend in the hope of slaying the multi-headed hydra on level 30.  I prefer a more sedate game play, a quick dip into a word puzzle or two, Mahong when I want to unwind.

As my gaming habits and brain mature, could gaming be helping my cognitive health?

And, as my gaming habits and brain mature, could gaming be helping my cognitive health? In moderation, gaming is reported have a whole lot of benefits from reducing depression to beating stress, and whilst wider research is needed, some apps and games studied in clinical trials appear to improve the brain’s processing speed, attention, and memory.

So, if you can’t confess to Candy Crush and The Sims is still a secret, maybe the brain boosting benefits would be something the shy gamers could finally shout about?

Quirky Whodunnit: Among Us 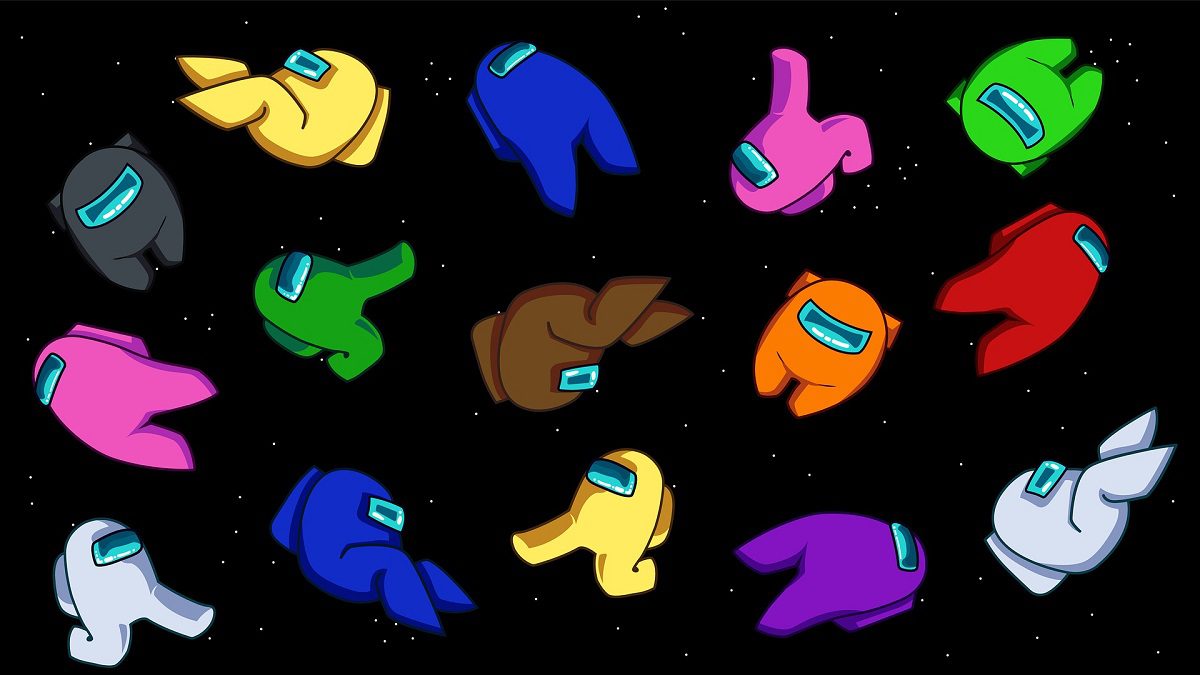 One of the most popular multiplayer cloak and dagger games. You are one of eight crew members on a spacecraft but amongst you are two murderous imposters.

Its comedic art style offsets the surprisingly tense gameplay, use logic and detective work before the baddies come for you. 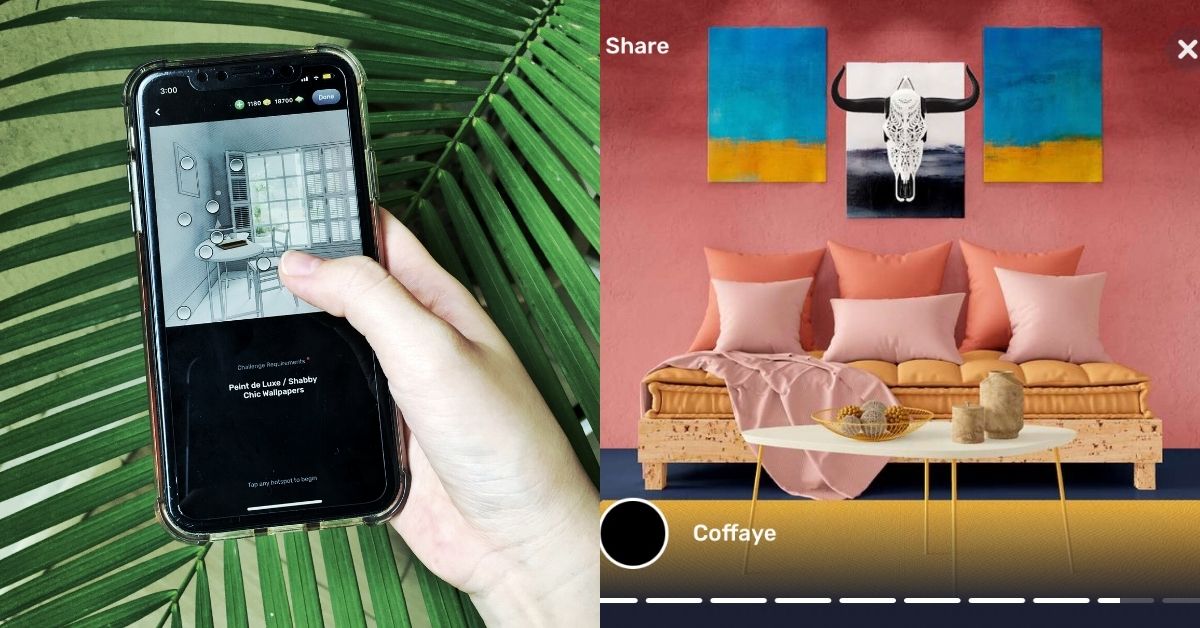 Like a sophisticated colouring book for adults, Redecor gives you a blank canvas room and a simple brief, then it’s up to you.

Add colour, artwork, furniture and flooring with your final creation garnering a score from the Redecor community. A gentle dip-in game to immerse yourself in. 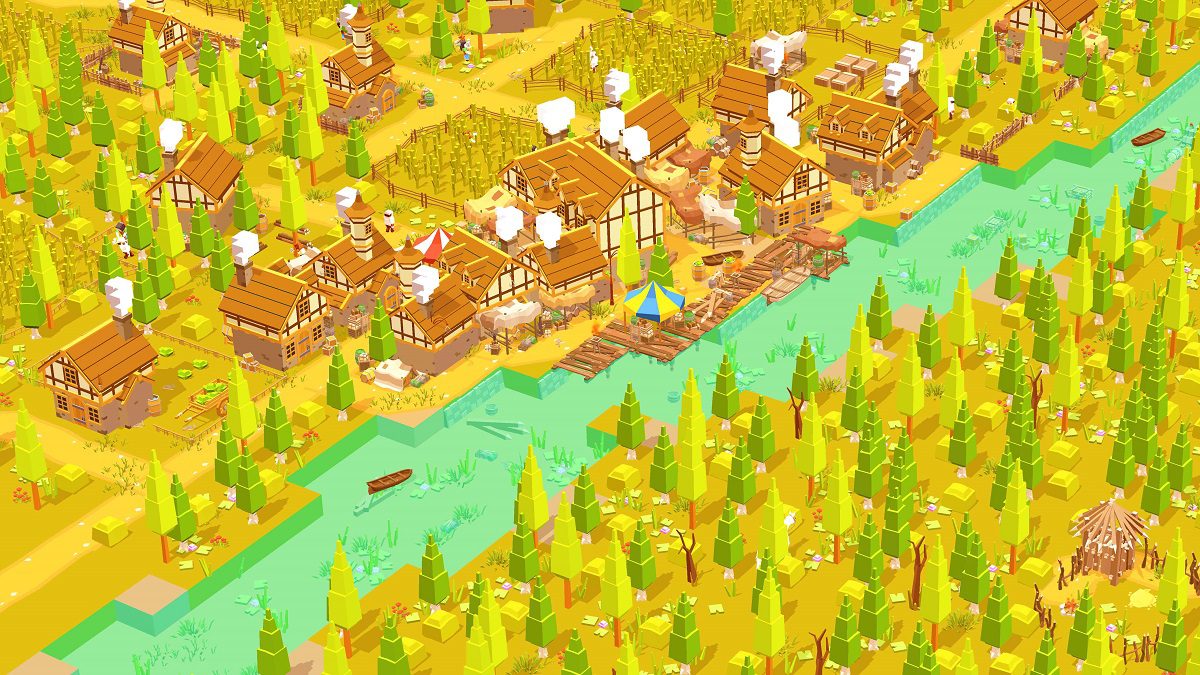 Pocket Build has acquired a huge fan base; an open world game where you can build whatever you like without limitations or restrictions.

A simple farm, elaborate castle, or an epic fantasy city? Engaging, simple graphics and intuitive gameplay is a big plus.

Looking for some more entertainment? Have you taken our quiz yet? 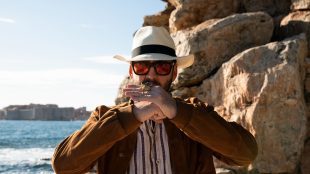 Nicolas Cage on The Unbearable Weight of Massive Talent

The cult star takes on arguably the most insane [...]