In January, Bill Bailey is embarking on a major nationwide tour with an entirely new show – entitled Larks in Transit. The show combines in one unique package both Bill’s trademark hilarious comedy and his brilliant music. Drawing on superb new songs and dazzling routines, Bill will address politics, philosophy and the pursuit of happiness. In addition, he will regale us with the real tale of Old McDonald and deliver an entirely new take on The Stars and Stripes. The show promises larks by the lorry load.

WHAT THE PRESS SAY
Offering a one-off mixture of virtuoso comedy and virtuoso music, Bill is one of the best loved comedians in the land, and the critics would agree. The Evening Standard declares that, “Bailey cuts a world-beating swathe all of his own. Absolutely genius on so many levels.” Time out says that, “Bailey is on top form; joyous, playful and effortlessly funny.”

He is described by The Guardian as, “Approaching the status of national treasure”, while The Times affirms that he is, “At the top of his game”. The New York Times enthuses that, “Bailey is an unalloyed pleasure, a treat for the funny bone, the brain and the ear.” The Daily Telegraph, meanwhile, calls him, “The brainiest comic of his generation.”

PUB TALK
You will no doubt be delighted to hear that Bill is just as delightful in person as he is on stage. An hour in his company at his local pub in West London simply whizzes by. Over orange juice and cheese and onion crisps – rock ‘n’ roll, eh? – we touch on everything from Indonesia to stone masonry. It’s like being treated to a Royal command performance – to an audience of one.

The comedian, who over the past 20 years has enjoyed a dozen immensely successful international stand-up tours, begins by underlining how much he is looking forward to touring.

He asserts that nothing beats the heady feeling that comes from live comedy. “There’s nothing quite like it. It’s a singular experience. I don’t think there is anything that quite matches up to it in all of performance art. When you’re in a play or a band, it’s still a collaborative thing.

“When everything comes together and you think of an idea, a joke or routine that connects with people, it’s incredible. It’s the most amazingly satisfying experience hearing an arena full of people laughing at something you’ve thought up. It’s a tremendous buzz.”

“I’m lucky that after all these years, people still want to come and see me”

Bill, who won the Best Live Stand-Up gong at the British Comedy Awards in 1999, adds that, “The best of those times come when you’re laughing along with them. It’s like you’ve hit on a bit of funny. It’s a bit of funny that was out there, a bit of universal funny that you’re just lucky enough to have plucked and shared with everyone. Those moments rare, but they are wonderful.

“There’s a great folk singer who said that the tunes are out there. You just have to tap into them or capture them before someone else gets them.” 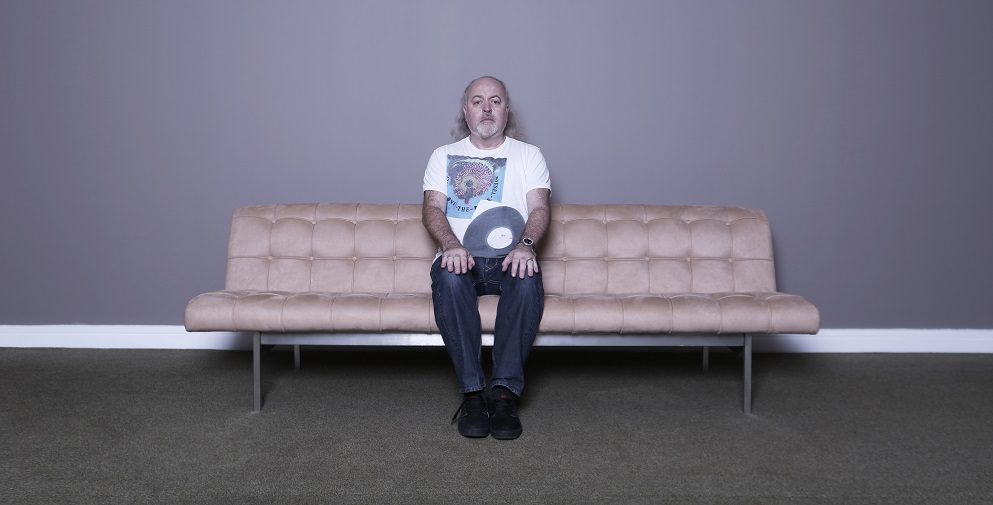 WEAVING STORIES
Larks in Transit features long-form stories about the weird and wondrous places that Bill has visited. He recounts to me one particularly amusing traveller’s tale. “We were on a birding trip in the jungles of Indonesia. I cannot tell you how remote this place was. It was like some sort of Eden. I was just standing there naked in this river. I was the only person there, and I was thinking, ‘This is one place where I won’t meet anyone’.

“Then out of the blue, a couple of Aussies just came out of the bush and shouted, ‘Oh, look at that – it’s Bill Bailey! What the bloody hell are you doing here?’ That just suddenly brought me back down to earth.” The comic, who has starred in such widely-adored TV comedies as Black Books, Spaced and Is It Bill Bailey? continues, “The two elements of what I’m talking about in this show come together in that story. The show is about being lucky enough to have those kind of experiences where you get to think about the world and our relationship with Nature. But it’s also about how my life has led me to the point where people do recognise me in those same places.”

WORK ETHICS
Larks in Transit also has some thought-provoking things to say about the merits of perseverance. Bill, who for 11 highly popular series was a team captain on BBC2’s hit comedy pop quiz show, Never Mind the Buzzcocks, reflects that, “My grandfather was a great influence on me. He was a stone mason, and he had a very strong work ethic. Somehow, through all the chats I had with him, I get the feeling that’s rubbed off on me.

“He used to tell me about the dignity of work and really developing a craft. He taught me that you shouldn’t give up too easily. You continue, you endure, you keep moving forward and somehow work gains its own meaning. You don’t have to think too much about it. You just keep going. I hope I have been true to the spirit of what my grandfather said.” 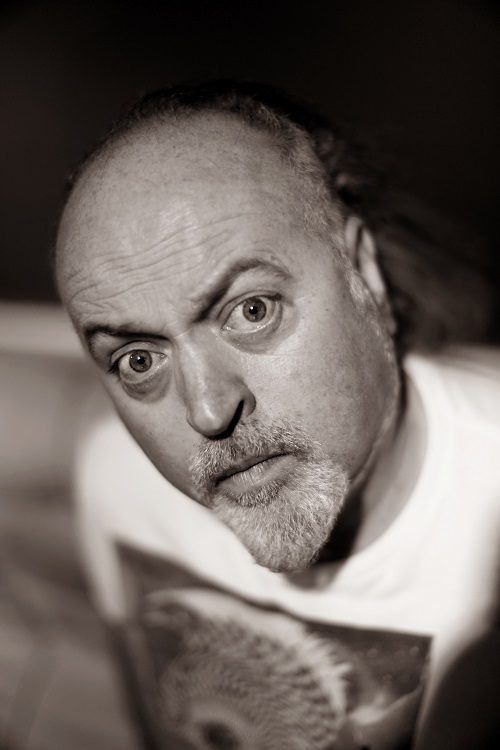 MUSIC AND LANGUAGE
The tour, to which 36 shows and 50,000 seats have just been added, will also include some of Bill’s inimitable musical flights of fantasy. He will, for example, create a symphony out of ringtones.

The comedian considers the importance of music in his show. “It’s another dynamic really, it’s a bit of light and shade. I always think it’s a tremendous art and a tremendous skill to keep people’s attention with the spoken word for a couple of hours. I’m always aware of that. So when I was starting out in stand-up, I was looking for ways to break it up.

“I think music works on a different level to language. Some of the words create a picture and can feed people’s imaginations. Often slow-burn, great, long routines can build up to great crescendos. But music gets you on the gut level. It gets you straight away. It’s a more instantaneous kind of reaction.”

Another standout characteristic of Bill’s comedy is his captivating use of language. “I think we’re very lucky to have English as our language,” muses the stand-up. “It’s just so expressive and so endlessly supple, and it has myriad ways of telling the same story. You can tell the same story, embroider it, put in new language, and it becomes something completely different. It’s a treat and a wonder.”

“My priority is always funny first. Then if you have the time and the experience to refine it to the level where maybe the odd phrase does get through to people – well, that’s as good as it can get really.”

So as you can see, those of you fortunate enough to secure tickets have a terrific night out in prospect. Bill’s shows remain so entertaining because, after more than three decades in comedy, Bill is still as passionate about it as ever.

In fact, he observes, “I appreciate it even more now because I realise that I’m lucky to have this career. I’m lucky to still be doing this and to do something I love. I’m lucky that after all these years, people still want to come and see me.

I’ll leave the final word to The Mail on Sunday critic who simply concludes that, “Bailey live is a joy to behold.” I defy anyone to argue with that. 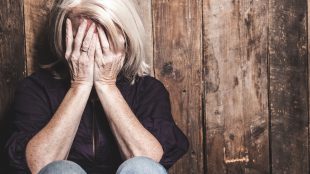 If you want to avoid burning out, you need to learn to say no

Burnout happens because you’re overwhelmed and [...]