Older festival goers, freed from the shackles of being responsible parents, like their rocking out festival experience to come with a bit of travel and some good food, as Jed Novick finds out…

I’m in Quebec and we’re standing at the side of the main stage at one of the biggest festivals in the world, watching one of the most powerful rock bands in the world do what they were born to do. As the sun sets and 100,000 people watch, the singer swirls his microphone round and belts out the same lines he’s been singing since 1965. “People try to put us down, Just because we get around, Things they do look awful cold, Hope I die before I get old”.

Before I get old. What does that even mean any more? The singer’s 73. The guitarist and the bloke who wrote the song are both 72. Next to these guys, at 58 I’m a puppy. But then again, next to Roger Daltrey and Pete Townshend of The Who, most people are. 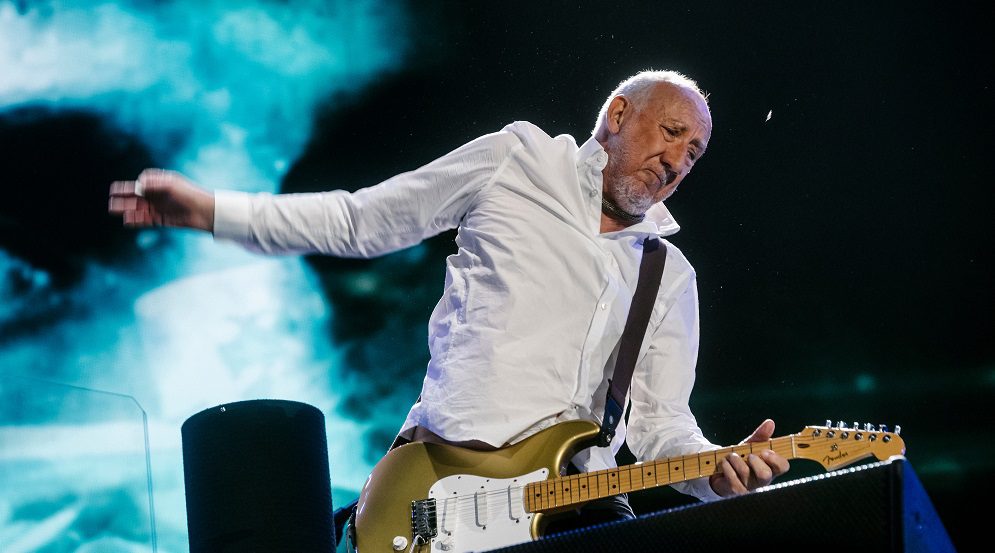 The Who – photo Renaud Philippe

Talkin’ ‘bout my generation. We are Generation Festival. We grew up going to festivals. Teenage rites of passage where water bottles are full of vodka and what happens in Glastonbury stays in Glastonbury. When we had kids, we took them with us. Going to Womad in the 90s, you couldn’t move for three-wheeler buggies. When the kids got older we took them to Camp Bestival or, later, Latitude. Safe spaces where they could explore being free and we could feel like we hadn’t gone to seed.

And now there’s a different phase again. Now they’re gone, flown. Watching DJ Hazard at Boomtown or somewhere else I’m not hip enough to even know about. But freedom for them means freedom for us, and we can do what we like. Maybe that means going to Wilderness in Oxfordshire, the most middle class festival of all. If Latitude is like going to Waitrose for the weekend, Wilderness is your favourite artisanal deli, and you’re just as likely to be looking forward to seeing Yotam Ottolenghi as Grace Jones.

But maybe it means something a bit more adventurous, and if they kids can combine a bit of festival with a bit of travel, why can’t we? No, I don’t want to go to Outlook in Croatia – though it does sound extraordinary – but somewhere else extraordinary? Why not? Somewhere like… Canada.

It’s the 50th year the Festival d’ete de Quebec in French Canada, a huge 11 day sprawling city-wide music, food and culture festival which, having started a year earlier than Woodstock in America, is the oldest festival in North America. Over the course of those 11 days, close to 1.5million people will queue to watch a thousand bands from hopeful local bands to heavy metal outfits such as Of Mice and Men to rappers and DJs like DJ Shadow and the headliners like Gorillaz, Muse, Metallica and The Who. Something for everyone. City festivals such as Festival d’ete de Quebec are perfect for the traveler who fancies a bit of music. Or the music fan who fancies a bit of travel. Works both ways.

Modern Quebec can be traced back to 1759, where on the historic Plains of Abraham, the site of “the Battle of the Plains” where the French and the British fought for control of the city and region. The British won the battle but, through weight of numbers, the French eventually gained control. Now, the Plains of Abraham is the site for the main stage at the festival.

The first thing that strikes the visitor is that Quebec is pristine. I mean really pristine. Maybe it’s because we’re in the old walled city – the tourist bit – but there’s no litter. There’s no graffiti. There’s no dirt. And considering there was a city-wide rock’n’roll festival on… It doesn’t feel bad or wrong – it just feels a bit odd, like something’s missing. At the same time, it’s very pretty, very lovely.

The city is on two levels and in the old days, the posh folk lived on the higher level but today like everywhere, I guess, the old, poorer bit is the hipper bit. Remember though that here “poor” is a relative term. There might be poor people and areas, but they’re kept way away from view.

This is where the city festival comes into its own. By day you can explore a new city, take in La Citadelle, the old fort and where the guards in their red tunics and beefeater hats will make you think you’re back in England, then pop in the Museum of Fine Arts or simply walk the old walls of the city. You can step outside the city and go whale watching. We saw a few Minkes and some beautiful white Belugas.

“This is our reward for the kid years. A vodka and tonic in the bar, followed by smoked trout on caviar then Damon Albarn’s Gorillaz.”

Back to your hotel for a shower and change, then off to le Grand Allee, the see and be seen main drag, for une aperitif. Restaurants and bars spill on the streets, people mill around, cars best avoid. Grand Allee is one of those people watching streets, and we sat outside L’Inox bar drinking red wine (well, when in France…) and musing. If you prefer your people watching a little more detached, there’s Le Ciel, also on Grand Allee, a 91 metre high rotating sky bar and restaurant.

And this is what we’re talking about. This is our reward for the kid years. A vodka and tonic in the bar, followed by smoked trout on caviar – very nice – watching the sun set over the magnificent St Lawrence River in the rotating restaurant before heading off to the Plains to see Damon Albarn’s reborn Gorillaz. 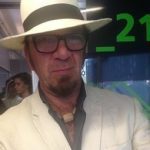 Jed Novick is a freelance journalist, university lecturer and author. He is the father of two girls, three dogs and a cat and is available for weddings, bar mitzvahs and parties. 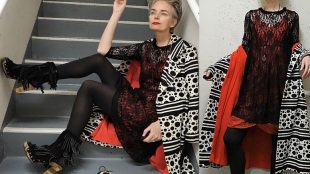 Style has no boundaries and fashion knows no age. [...]