Today is the UN’s International Day of Older Persons. We asked our followers on Facebook, ‘What does being an ‘older person’ mean to you?’ Here’s a roundup of some of the best responses…

You might be interested to know that they define an ‘older person’ as someone over 60 years of age, by the way. When we asked our followers on Facebook, lots of people wanted to know exactly what ‘older’ was.

The UN says the International Day of Older Persons is an opportunity to highlight the important contributions that older people make to society, and raise awareness of the opportunities and challenges of ageing in today’s world. We got our responses straight from the horses’ mouths!

Largely, you’re a positive lot, we have to say. Top of the list when it comes to the up sides of being older is more time, especially with family, with a number of Silvers happy to be able to see more of their ever-growing tribes.

Robert Phariss says, “More time with my family, especially my beautiful granddaughter,” and Caroline Clifford agrees – although she has 19 grandchildren. Impressed with her fitting that lot in.

Wisdom and knowledge are high on the list too. Kristina Papapetrou simply says, “Life experience,” and Sue Bennett agrees, saying, “This is my favourite stage in life, I’m more confident and I’ve worked out what’s important to me.”

“This is my favourite stage in life, I’m more confident and I’ve worked out what’s important to me”

Caroline Gold made us laugh – she says being older means gaining wisdom and confidence, but does lament the loss of power in her pelvic floor muscles. We know the feeling.

Having more time is a biggie, with several rejoicing in the luxury of being able to lie in, and not have to get up for work any more – as Jenny Drizen puts it, “After 43 years nursing and working all hours, it’s a luxury to lie in bed in the morning, not be up at 5.30am, or still working at 2am.”

And holiday time or travel, predictably, is a big part of that time. Susan Brown says she loves going on holiday with her husband when THEY want to go. Many, like Gerri Andrades, are just excited about the adventures that await. Chris Freeman Brown just says he’s happy “not answering to a guv’nor.”

Still being here and being grateful when others have passed came up a lot. As Cyril Randle put it, “A few days off 89, still being alive and in good health,” feels pretty good. And keeping fit, and keeping busy are important to loads of you. Janie Hall Sciborski says, “It means I have made it this far, so I’m not stopping now. Bring it on world. Just because you are getting older doesn’t mean you give up on life. When you give up, you lose out on so much that life has to offer.”

Stephen Whitters agrees. “I rise at 4.30, and do what I have been doing for 40 years; I exercise. I’m not a happy retired person and the sedentary life is not for me … I’m lucky, I have my health, and I can pass for a lot younger than my age, which is a bonus. I want much, much more than to grow old gracefully!”

Finally, there is the vavavavoom and voice that comes with age. As Phillipa Cormack puts it, “Not being invisible, take the lead from Lady Hale!” and Anne Martin is looking forward to having the “time to be the activist I have always been.” Watch out for Silver power, people! 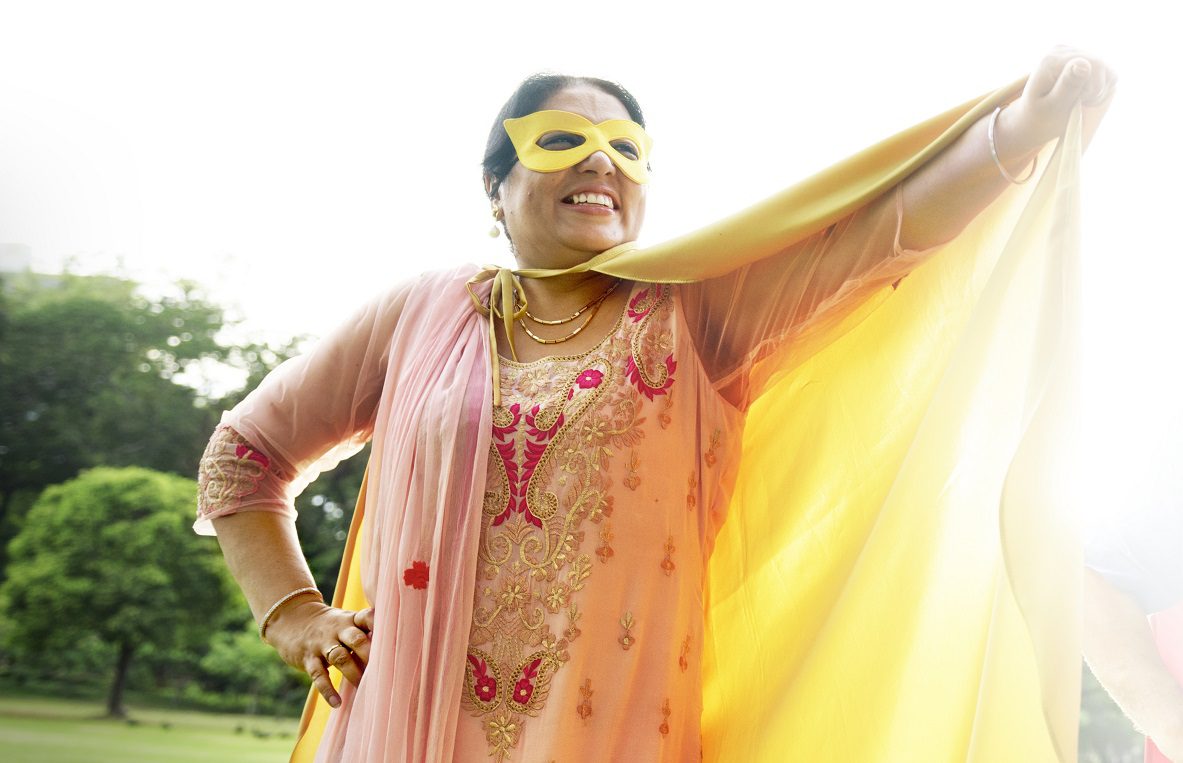 Okay, so let’s talk about aches and pains. “Creaking joints,” says Chris Elliott, and “Sore knees,” says Julie Delf (a lot of people responding to that one). Sharon Shearer’s body is “falling to bits” apparently, and Maureen Husbands, although enjoying her retirement, is battling “Arthritis, heart problem, diabetes, diverticulosis… need I go on?” We hear you – unfortunately sometimes the old bodywork does start to show wear and tear.

Retirement might be going great for some people but for a lot of women it’s a bitter fight, with the retirement age being moved, and bringing hardship to thousands of women and their families. As Rosena Marshall puts it, “It means having to work myself to death when I should be retired because the government has increased the retirement age. So no fun and free time in my old age.” And we know there are a lot of you in that place.

Losing loved ones is tough too, with maturity. Diane Worsfold says, “I’ve recently lost my husband so for me it means finding a new way forward and getting back the confidence I’ve lost.” We had a few private messages around this subject too – people struggling with loss and loneliness. Two of the biggest down sides, definitely. The Two Ls.

My grandmother used to say “There’s no use getting old if you can’t get crafty,” and we are seeing a fair bit of that. Noelle Ensor plays the system by suggesting that “getting confused and playing it to your advantage,” might be useful. Giselle Guy says she’s “poorer but mad as a hatter,” and we’re not sure if she means that’s a good thing or not, the jury’s out on that one.

Best-selling novelist Pam Howes says, “I love it. I’m 71 in November and I feel comfortable with that. Enjoy my life and make the most of it. I still work writing novels and have had six best-selling sagas in the last few years. The saddest part is losing dear friends but I’ve also made many new ones.

“Embrace it because there’s many in the cemetery would swap places with you in spite of the odd aches and pains.”

Being ‘older’ definitely has some losses to go alongside the gains. Sue Cronshaw simply defines it as “Not having to rush about. But also more aches and pains.” 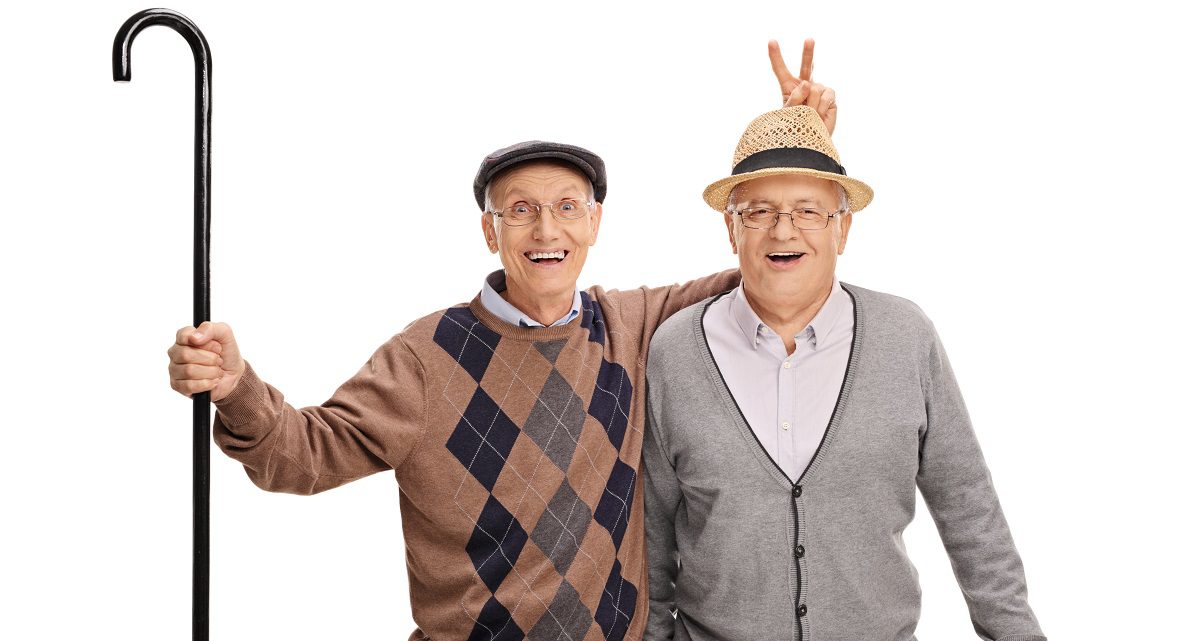 We had a few giggles at some of the answers. Janey Jay said it meant doing less stupid things, whilst Cal Thomas Higgs said it’s about doing MORE stupid things!

Deena Flannigan is happy to flaunt her “Wisdom and knowledge of the best white goods on the market,” and Kim Walsh says “I can use the ‘F’ word more, and it’s very liberating!!”

Biggest laugh in the office though came from Joanne Rae Aldwinckle who said “Having your son’s friends shout ‘HI JOSHUA’S MUM’ while you’re out in town having a sneaky Jäegerbomb.” Cheeky kids! We’ve earned the right to drink Jäegerbombs in peace, surely?!

So there you have it. Being older means different things to different people. Snow Ball posted on the thread, “Mostly it doesn’t mean anything at all. Inside I still essentially feel the same person as I’ve always been.

“It seems to mean more to other people, that is, how they see me. At what point does being a day older than I was yesterday morph into being ‘an older person’?”

No, we don’t know either. Happy Older Person’s Day! Feel free to comment below about what ‘being older’ means to you. 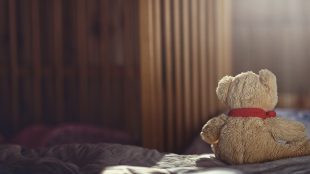 When childlessness isn’t a choice – living with grief

Those that are childless through no choice of [...]