Most of her milestones passed in a blur, but after her 60th Julie Burchill is cleaner, richer, and still keen on causing offence. Has the enfant terrible grown up?

I remember well my 20th birthday – I locked myself in my bathroom and cried inconsolably. This was quite understandable, seeing as how I was married alive to Tony Parsons at the time, but I also wept because I genuinely believed I would now be *past it*. Having achieved my ambition of being a published writer before I was old enough to vote, I really believed that it would be all downhill from thereon in.

I’m overweight, have tinnitus, chronic insomnia, and feet which look like they’ve been run over by a callous millennial skateboarder. But I don’t find myself missing my youthful beauty one bit

The big birthdays after that – 30, 40, 50 – passed me by in a blur of booze and cocaine. But I approached my 60th birthday with a reasonably clear mind and an unexpectedly revived writing career. I found that I viewed the occasion with nothing worse than mild surprise that – in the words of the song – I’m still here. Whew, that went fast!

I’m overweight, have tinnitus, chronic insomnia, and feet which look like they’ve been run over by a callous millennial skateboarder. But I don’t find myself missing my youthful beauty one bit; look at the prize pair of poltroons it *got* me in the marriage market before I was even thirty!

I really hated being told ‘You’re too pretty to be a journalist,’ by visiting American musicians (ALWAYS Yanks!) and being asked ‘How much?’ by strange men in the street – something which started when I was a tall blonde 12-year-old in a school uniform, so I’ve had a good innings of being objectified.

Some ageing women complain of feeling *invisible* but for me it’s not a problem, which may have something to do with being 5 foot 10 with a good rack and a bad attitude. 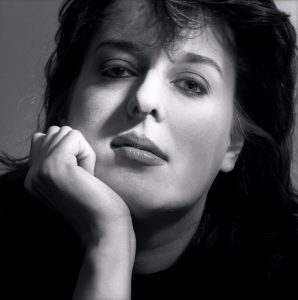 As my looks have faded, my confidence has grown. I was an excruciatingly shy adolescent, a situation probably not helped by my dressing up like a Vegas hooker in the skintight satin and tat of my tribe, the Glitter Kids, and then wondering why men were perving over me. I can’t count all times I was written off as a rude snob simply because I was too scared to talk to people. But I’ll talk to anyone now.

I’m more patient than I once was, too, though my awareness that I have more of my earthly life behind me than ahead has made me feel puzzled at people who seem to believe they have an infinite amount of time to waste. One area where my patience has waned is with the young; individually they are charming, but was there ever a generation less robust in their attitude to being offended? I’ve never cared what people think of me and this, more than any other quality except my talent, has contributed to my ongoing happiness.

If people are so touchy when they’re young and strong, one can only imagine what sort of miserable oldsters they’re going to turn into, when they really will have something to moan about as their brains and bodies break down.

Me, I’m going to carry on causing offence and doing good, marvelling that I’ve made so much money and had so much fun doing the only job I ever wanted. Losing a bit of health and beauty is a small price to pay for no longer being shy or scared.

I’m not romanticising old age – I know it can be lonely and challenging, but then so can childhood, adolescence and middle-age. But if I – who made it as a teenager, was fetishised in her profession for being The Voice of Youth and was the oldest *enfant terrible* in the hacking racket until well into her thirties – can navigate it with boldness and curiosity, anyone can.

The fee for this piece has been donated to Sussex Homeless Trust
www.sussexhomelesssupport.co.uk 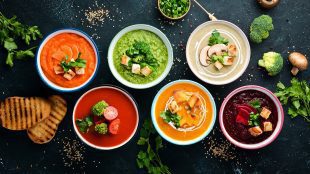 Thinking about kicking out all your bad habits [...]