First we had FOMO – fear of missing out – and now it’s all about JOMO – joy of missing out. Whilst the occasional relief of avoiding social events and lying around in your pyjamas is fine, if you’re doing it regularly, a new study shows you might be depressed.

Every morning Jill gets up and in the moments before she’s fully awake, wonders why she feels a sense of dread. Has something happened?

She reaches for her phone and starts to scroll through emails, Facebook, her calendar… And as she wakes up, she realises that nothing is wrong particularly. She just feels a bit shit, a kind of general feeling of gloominess.

She runs a business and it’s going okay, largely because of the hours and hours she’s put in over the last few years. But she feels like this most mornings; as soon as the dreams have left her, the gloom settles in. She’s tired before she even gets up.

…as soon as the dreams have left her, the gloom settles in. She’s tired before she even gets up.

Her calendar tells her she’s not going to any meetings today, which pleases her, but does say there might be space on the yoga class she signed up for last night when there was a waiting list. But now there’s a space, which means she’d have to get dressed and leave the house, she decides to go another day and releases it. She hasn’t got time for yoga, she figures. She has work to do; she’s working from home today.

Swinging her legs out of bed, her back aching, hip hurting, she drinks some water, and takes a couple of cocodamol. She picks up the clothes she dumped on the floor by the bed last night, and puts them on again. She’s not going anywhere – why bother showering or dressing properly?

Once up, she mindlessly empties the dishwasher and makes coffee. And cries a bit, for no discernible reason. Sits for a while staring out of the window at nothing in particular before finally feeling awake enough to open the laptop and face some work.

Could you be suffering from burnout? Maybe you need to learn to say no…

Once the laptop is open and the emails unleashed, she loses any sense of direction and literally doesn’t know what to do first. So she doesn’t really do any of it – not properly. She spends the day answering emails, periodically picking at stuff both in her inbox and in her fridge, and feeling panicky. By the end of the day she’s managed enough work to keep things ticking over but the ‘to do’ list is actually longer, not shorter. “Some days I look back and wonder what the hell I’ve been doing,” she says.

JOMO is no joke

There are nights when we all wish we could duck out and just not bother. But if avoiding social situations is a regular thing, it’s probably not really much to do with joy.

When the evening rolls round, Jill realises she had promised to meet up with friends for a birthday drinks thing – which seemed like a great idea when she’d said yes. Now she can’t think of anything she wants to do less, and cries off with a ‘stomach bug’. She lies on the sofa watching a rerun of something she’s seen before, then goes to bed, dropping her clothes on the floor by the bed, taking a Valium to get to sleep. 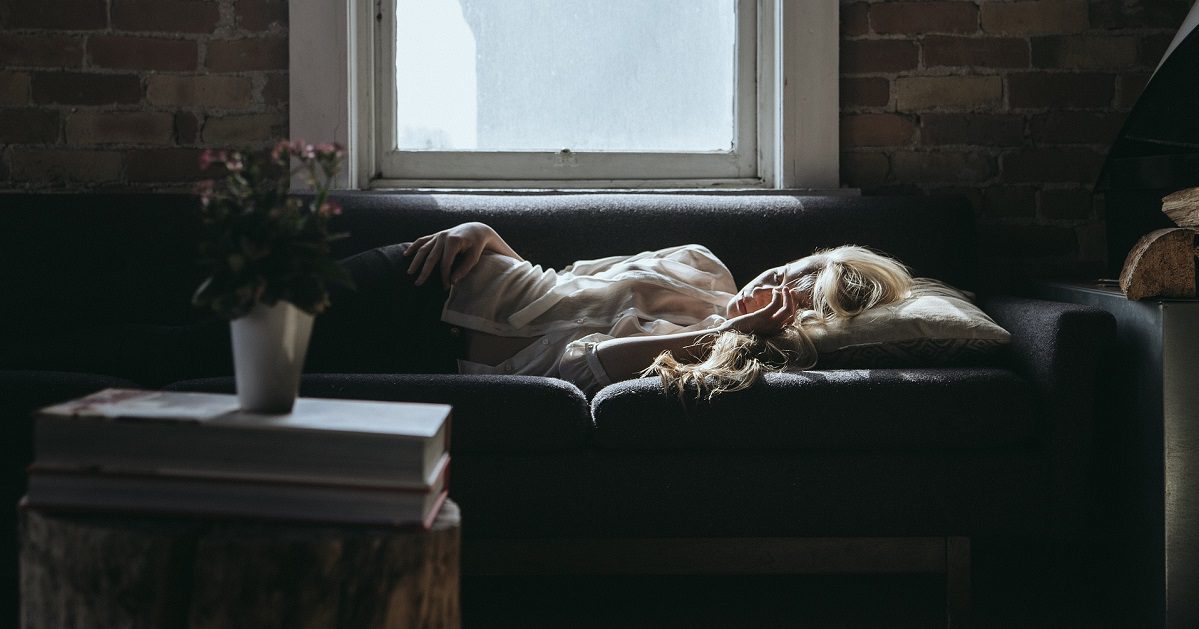 Does any of this sound familiar? If so, you could be depressed.

When we talk about depression, people’s impressions are likely to reflect that of a condition where maybe you can’t get out of bed, can’t leave the house. Perhaps of someone who is suicidal, unable to cope, anxious or angry… Depression brings to mind images of darkness, tearfulness, numbness, self-harm perhaps. But as our understanding of it deepens, new research also shows that actually, many of us might be living with long term depression and not even realise.

Choosing occasionally to have time alone, skip the gym, or miss a social event may seem normal. However, new research from depression specialists Smart TMS indicates that engaging in this sort of behaviour long term could indicate something more serious.

Could you be depressed?

With diagnosed depression affecting over a quarter of the nation, this new extensive body of data has emerged concerning those of us who do not consider ourselves as suffering from ‘depression’.

No longer is the condition solely defined by traditional measures such as suicidal thoughts, uncontrollable mood swings, or dependence on medication

Titled The Happiness Index, Smart TMS has published a nationally representative study that has had a significant impact on society’s classification of depression. No longer is the condition solely defined by traditional measures such as suicidal thoughts, uncontrollable mood swings, or dependence on medication, but instead encompasses a far more apparently ‘normal’ range of behaviours.

These include a lack of motivation to shower, spend time with children and loved ones, or simply get on with conducting basic daily activities.

A dangerous precedent as we age

For those people over 45, some of the data is perhaps unsurprising – 27 per cent no longer enjoy work like they used to, for example. And a fairly hefty 36 per cent spend more time isolating themselves, spending time alone, avoiding time with friends or family.

But also up there with some high statistics are aspects such as feeling less confident, caring less about personal appearance, and feeling anxious in social situations.

The research, carried across a study of 2,000 people of all ages in the UK, indicates that there could be millions of people with undiagnosed symptoms of depression and anxiety. And just soldiering on each day, living a kind of unproductive half-life.

Jill is aware that, outwardly, nobody would think there was anything wrong with her. She still runs her business, talks to people and externally appears to be getting on with everything OK. But realistically, she’s showing clear symptoms of burnout and depression.

“I still do everything,” she says, “I still do my work, get to meetings, make it out for events, and so on. But inside, I’m fighting it all the time. I feel overwhelmed and anxious a lot and I know I drink too much to help with that too. I just don’t seem to be able to see a way to change everything. And worse, I don’t have the energy to even think about making changes.

…inside, I’m fighting it all the time. I feel overwhelmed and anxious

“I know I should eat better, for example. And I know that going to that yoga class would make me feel good. But I don’t care about what I eat, and I can’t be bothered to go out unless I absolutely have to. I’m not really sure what to do. I just get up every day and go through the motions. I don’t even really like what I do for a living any more.”

What should you do if you feel like this?

Go to your doctor. There really isn’t any other answer to start with – although it’s worth discussing with your doctor what options there are before making a decision about medication. Anti-depressants are handed out pretty freely, and for some people they do work miracles. But they don’t suit everyone. 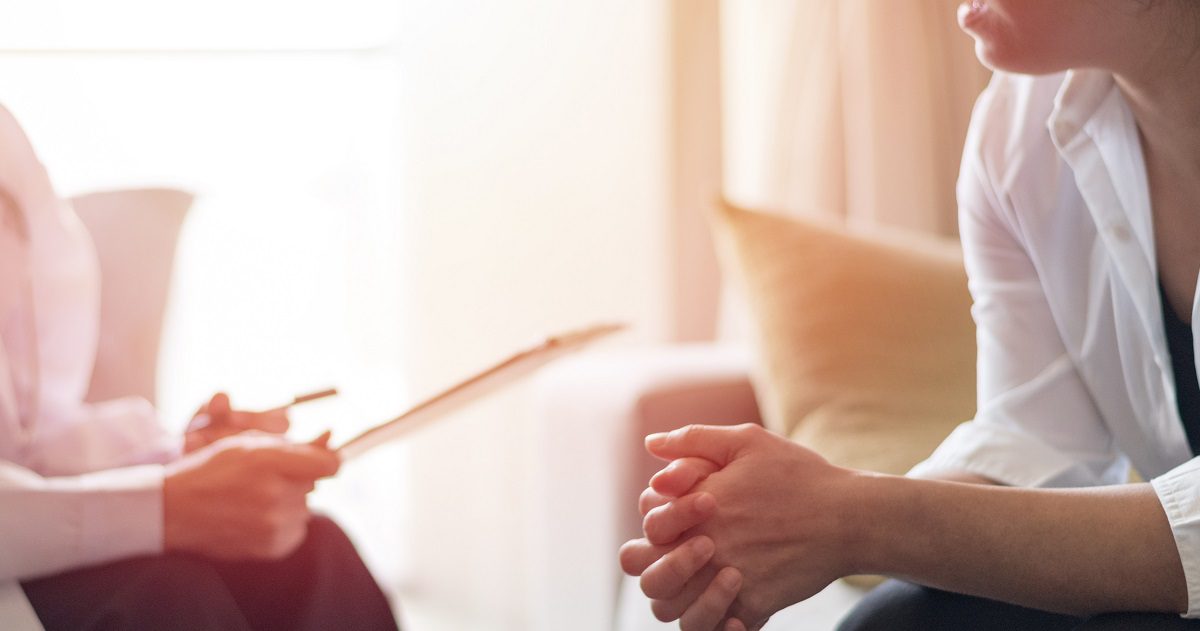 Talk to the doctor about the possibility of counseling, and look at ways to change unhealthy habits, such as eating better or cutting back on alcohol. Seeing a nutritionist could also be a good idea – we are what we eat, a lot of the time.

And when enthusiasm is low, it can be hard to imagine making lifestyle changes. For someone who can’t even be arsed to get to yoga, trying to imagine making effort is hard. But simple things like tweaks to routine, changing patterns and so on can make a difference. Kind of like re-setting the brain.

Regardless, if you’re finding that you’re living life without enthusiasm, with anxiety or fear, or simply struggling to get through every day and be productive, talk to someone about it. If there’s one thing we are learning more and more, it’s that isolating and keeping things to yourself isn’t going to help. 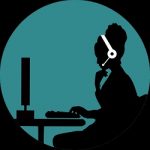