If you’re single on Valentine’s Day the chances are you’ve had a gutful of the whole thing by now. But there are ways to cope. Newly-single, I’m working on ways of getting through it.

It’s perhaps more obviously in my face this year, but Valentine’s Day has always been something I’ve viewed with suspicion and dread anyway. Why do we do it? Do people actually like it?!

Yes it’s nice to be reminded of your other half and how much you love them. No it’s not nice to go out for dinner. Have you SEEN the restaurants on VD night?! It’s tortuous, couples pushing food around their plates, desperately searching for conversation that doesn’t revolve around the kids or what colour to paint the hallway.

I’ll admit to finding it charming to receive flowers, and to give them, but I much prefer them when they arrive spontaneously, not when Interflora says they should. It all feels terribly contrived, doesn’t it. I like it to feel real.

Not fun as a couple either

Valentine’s Day for me and my other half used to be approached with some trepidation. Should we get each other gifts? Would one feel upset if we said no and then actually did nothing for real? What if one got a present and the other one didn’t. Argh!

Over a period of ten years we got it right more times than we got it wrong, but often we had imbalance and slight panic as the day approached. One would get something leaving the other feeling guilty etc. It was uncomfortable.

But what if you’re single and you do mind? Maybe you’ve been dumped and have heartache. Maybe your loved one has died, leaving you bereft. In which case, Valentine’s Day is a month-long, full-force, constant slap in the face

The best VD experience was when we were starving at about 5pm and belted down to our local Italian to shovel in some food before the hordes arrived, and they had tied a shiny red helium heart balloon to every table corner. The air con was blowing them around – I still have a photo of Matt trying to eat his pasta as the balloons repeatedly dive bombed the back of his head in an empty restaurant. We couldn’t eat for laughing.

But what if you’re single and you do mind? Maybe you’ve been dumped and have heartache. Maybe your loved one has died, leaving you bereft. In which case, Valentine’s Day is an ad-driven, month-long, full-force, constant slap in the face reminding you of everything you’ve lost. So how the hell do you get through it?

There’s a lot of advice about treating yourself lovingly instead, which might work I suppose. Speaking personally, I’m not one of those massively into the religion of self-care. I find if something feels nice, I just do it. I don’t need Cosmo to tell me to light candles and fill my bath with petals. What the hell am I going to do in there? Compost? 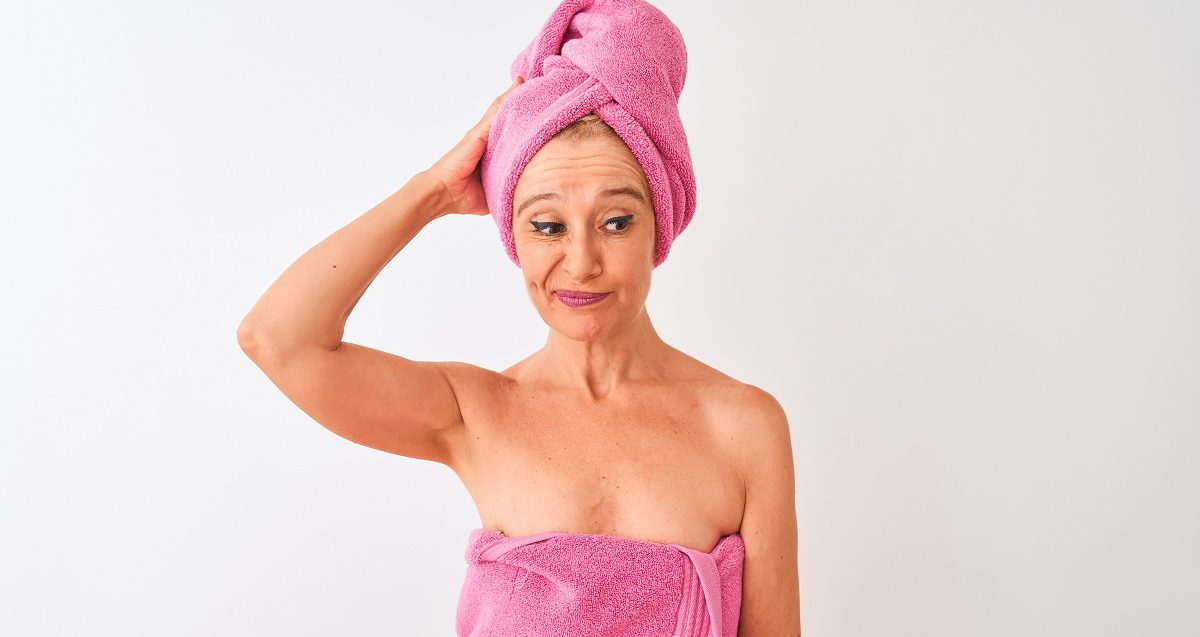 So let’s look at some more practical ideas…

Really – there’s advice out there about having a night out with mates instead. I mean – if you want a bit of a laugh, then maybe. There will be the aforementioned lovers trying desperately to engage in the long-lost art of conversation when really they’d rather be scrolling memes and scratching their privates on the sofa. But honestly you’re better off out of it. Find other single mates and have a mad night in. Eat, drink and be merry safely away from the horror.

You know, it’s okay to be a bit sad. If you’re alone, and don’t want to be, there’s nothing wrong with acknowledging that. We are so constantly being told we are ‘entitled’ to happiness, or that we ‘deserve’ to feel good. This is clearly bollocks – these things aren’t constant, and they need to be earned or worked for. But don’t wallow. Have a nice old cry and then crack on. Go and do something useful.

There’s nothing quite like getting some perspective. Just stop for a minute – so you don’t have a lover. So what? There’s millions of people without a hot meal, a warm bed or even a pair of shoes. Go and help at your local food kitchen, or throw a fundraising party at your place to raise some money. Stop thinking about your heartache, and think about other people.

There is nothing more heartwarming than scrolling through pictures of glorious holiday destinations and plans. Give yourself a) something to do and b) something to look forward to. And if you’ve never travelled solo, now is the time. Use the freedom of not having to compromise and do the thing you’ve always wanted to.

If you really don’t want to be alone, do something about it! I’m willing to bet that the dating apps get proper busy at this time of year, lots of fresh blood. If nothing else it’ll give you something to do once you’ve booked your holiday. And maybe give you a laugh at the same time. I mean, some of those photos will make you glad you’re alone.

Enjoy your Valentine’s Day. You’re not contributing to the landfill, you’re not spending the day terrified of buying the wrong gift, and you’re saving a fortune. If you can’t be arsed with any of the above, just relax. It’ll soon be over anyway. Curl up on the sofa with some trashy food and watch something you love. It’ll be the first time the phrase ‘Netflix and chill’ actually means what it says. 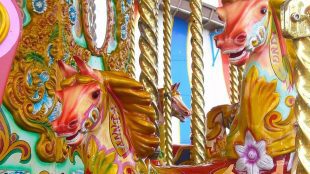 Always something there to remind me… my now-dismal playground

Julie Burchill has been happily retreating into [...]