Whilst gins and rums battle it out to see who is more popular in the press, the wee dram has never had to prove its worth. Enjoyed traditionally by people understand its quality however, like many spirits of the moment, it’s undergoing something of a renaissance.

Consistently seen as a quality, high end tipple, whiskies are starting to remarket and even repackage (Glenfiddich we’re looking at you) to attract a younger market. Whilst cocktail pods that dissolve in your mouth might be fun, surely the secret of the drink’s enduring appeal is about its quality and class? The experience of drinking it slowly, and savouring it? We wanted to find out.

As the nights get darker, longer and colder, there is nothing more enticing than a warm, amber drink by the fireside. We spoke to Myles Cunliffe from The Mixology Group to find out more about one of the longest-standing favourites in the world of spirits, and where it’s going.

TELL US ABOUT WHISKY AND HOW IT’S MADE

Put really simply, whisky is made from beer. Beer is made from a grain which is processed into a rough flour, and mixed with hot water. The hot water dissolves the starches and sugars in the grain, making a sugary liquid.

This is fermented into an alcoholic liquid via the addition of yeast. It can then be distilled in various types of stills; from copper pot stills for single malt whisky through to continuous stills for bourbon. The still concentrates the alcohol and adds to the flavour.

A minimum of two years in the barrel is used for a straight whisky from the States, whereas Scotch requires a minimum three-year sitting in the barrel

Then the alcoholic liquid is aged in a variety of barrels which may have previously held bourbon, sherry or even port and dessert wine, lending the drinks yet deeper and more complex flavours.

The time it spends in the barrel varies from country to country, but it can be anywhere between a matter of weeks or years. A minimum of two years in the barrel is used for a straight whisky from the States, whereas Scotch requires a minimum three-year sitting in the barrel.

One thing to remember when looking at a Scotch whisky bottle is to look at the label. The label always features a declaration of the malt or grain whiskies used. A single malt is one that is wholly produced from malt in one distillery.

When it comes to blended whiskies, and if it has an age statement, that refers to the youngest whisky in the bottle.

WHAT IS THE DIFFERENCE BETWEEN ‘WHISKY’ AND ‘WHISKEY’?

Strictly speaking, the difference between the two is where they’re from. Scotch is always spelt ‘whisky,’ and bourbon and Irish is ‘whiskey’, although you’ll find people who might disagree. It’s because of the similarities between Gaelic – both Irish and Scottish – with regards to pronunciation.

WHAT MAKES WHISKY SO PRESTIGIOUS?

Generally, it’s due to the time it takes to produce. It’s also to do with the continual barrage from marketers that the older the whisky the better it is, making it harder for producers to sell younger whiskies.

However, the days of 15- and 20-year-old whiskies ruling the shelves of a bar are over. The increase of new distilleries brings an increase in young whiskies being released as limited editions, and new markets opening up.

HOW SHOULD WE BE DRINKING IT?

This varies from person to person; it’s about finding what works best for you. A little water, perhaps a crystal-clear ice cube, or even a splash of your favourite mixer all work just fine, as long as you enjoy it.

A big trend at the moment is serving whisky in the ‘High Ball Serve’. Essentially, whisky served long over ice with soda water. A very refreshing change from highly sugared gin and tonics. I also love a Ginger Whiskey Sour, a really tasty twist on an absolute classic.

If you’re a whisky drinker, you’ll already have your own favourite way of drinking it. Traditionally it’s generally been served neat or with a drop of water, and in the UK, without ice. But times change, and so do our habits. Here’s a few new ways to enjoy the amber fire… 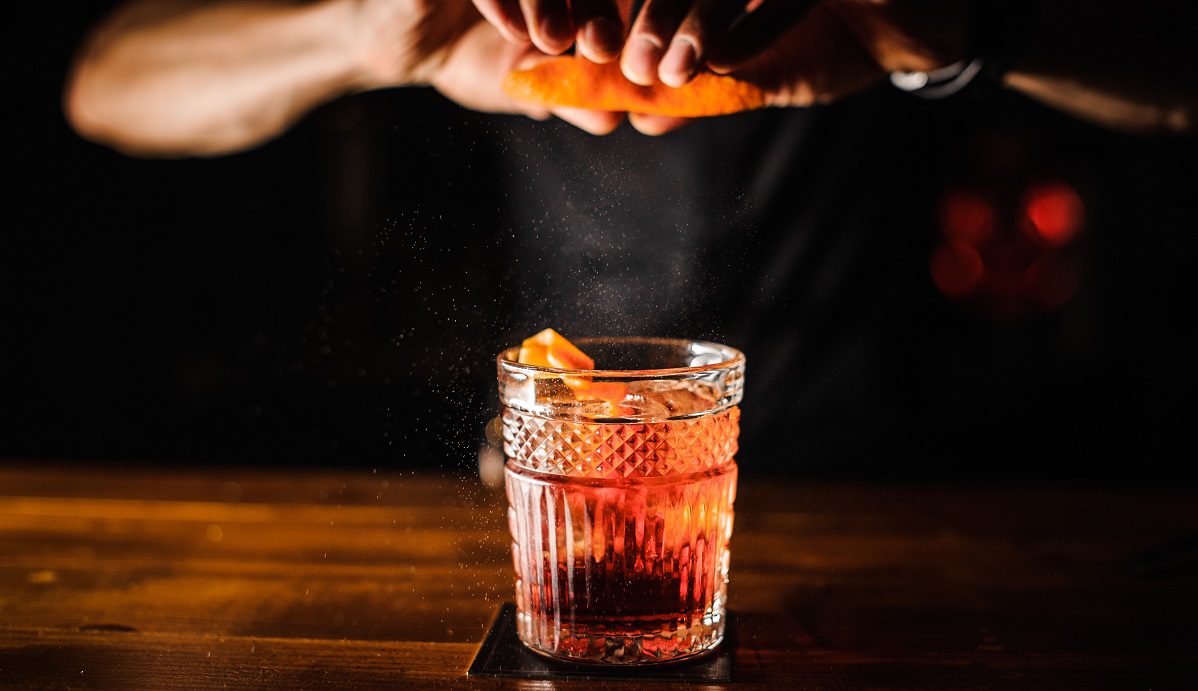 TASTING NOTES: Smokey, bittered with the addition of Angostura bitters or the Aromatic Bitters from Mrs Better’s Bitters, with a hint of sweetness by adding the sugar of your choice. It could be honey, agave or even golden sugar.
BEST TO HAVE WITH: Great after dinner but exceptional with a great steak.
NEVER DO THIS: A common garnish are those horrid cocktail cherries. Ditch those in favour of some orange zest squeezed over the top. 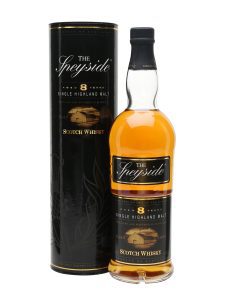 TASTING NOTES: Tall and refreshing. Depending on your choice of whisky, it can be rich and complex or light and floral.
BEST TO HAVE WITH: Bar snacks. Have fun making your own, from candied nuts and bacon bits to hand fried crisps with white truffle mayonnaise. Be as decadent as you like.
NEVER DO THIS: Always use fresh bottles of soda water. Avoid the temptation of using the bottle of soda in the back of the fridge from last week. Instead, looking for smaller bottles, and don’t forget to store it in the fridge. 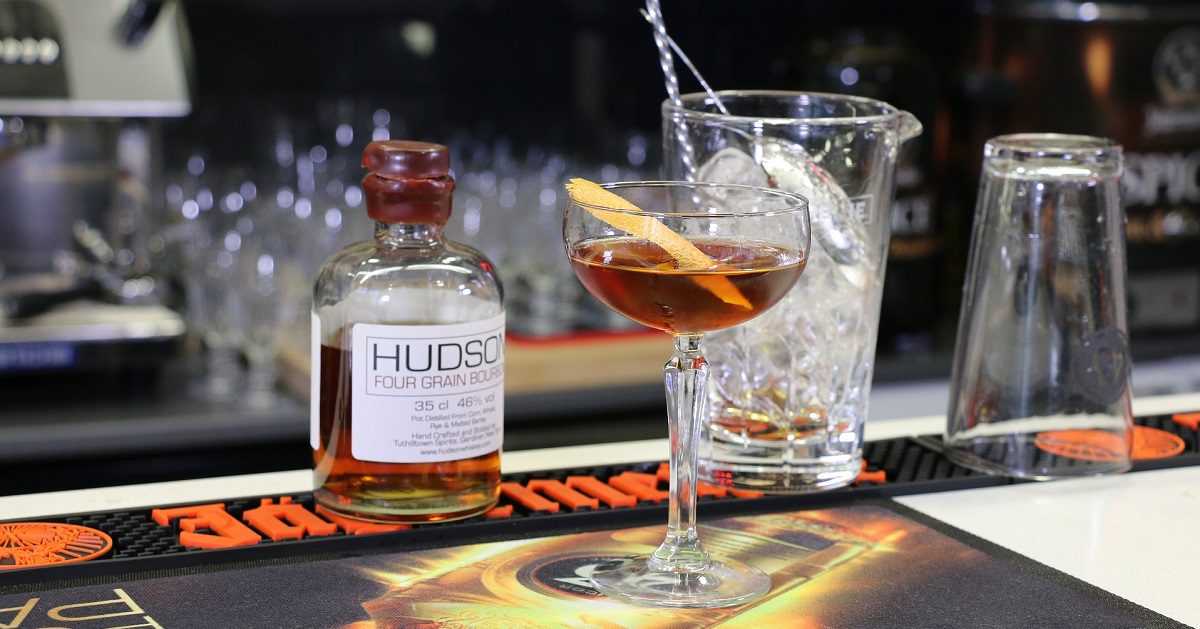 TASTING NOTES: I make mine with the full-bodied red vermouth from Bolney Wine Estate, but look for a rich red vermouth to make this with to give the drink proper depth.
BEST TO HAVE WITH: Cheese!
NEVER DO THIS: Don’t use old vermouth. Treat your vermouth like wine – keep in the fridge once opened and safely consume within four weeks.

Myles Cunliffe is a specialist mixologist and viticulture expert who has worked globally, opening venues for clients all over the world, creating cocktail menus and training teams. A qualified WSET trainer, his work in the industry and training field has seen him awarded an Imbibe Educator of the Year gong. Thanks to him and The Mixology Group for their help with this feature. 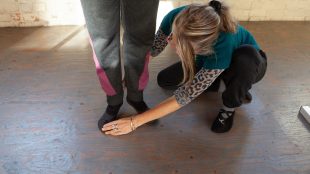 The story of how one circus performer has started [...]