Death on the Nile finally hit the screens after many delays. Director and lead man Kenneth Branagh caught up with us about the relief of getting it out there at last

Kenneth Branagh – who plays the wily Hercule Poirot – admits lockdown has given him clarity and a vision for the future that he didn’t perhaps expect.

In an industry where so many of the major players have sat back and waited for lockdown inertia to pass, Branagh is a director, producer, and actor who takes a rather different view.

Making the most of a situation

“Opportunities are made out of unfortunate events,” he begins. “Covid was horrendous, and deeply upsetting, for all of us. But I, like many others, was able to take away from it a sense of calm. It gave me time, offered a reset of a few ideas and, I hope, has helped me come back a letter person.”

On the evidence of Death on the Nile, 61-year-old Branagh has undoubtedly come back a better producer and actor. Although the point is lost slightly when you realise the bulk of this movie was completed pre-lockdown. It was only the closing of cinemas worldwide that meant the big-budget production – estimated to be in the region of £90million – sat in the can for so long.

That we’re now being treated to an impeccable piece of cinema, straight from the pen of Agatha Christie, will be a relief to Branagh, even though this project is one of four of his finding an audience this year.

There’s the collosal success that is Belfast, a voyage into his own mind as a boy growing up in Northern Ireland; TV series This Sceptred Isle, in which he plays Boris Johnson; and a voiceover role in animated adventure Fireheart.

Scene from Death on the Nile

Bringing personality to the role

Where Death on the Nile succeeds is in evading the various traps that are laid when retelling a story many people know. And in bringing something new to a famous character, as did John Malkovich.

“You must believe you can do something different and better or, without sounding arrogant, don’t bother,” fires Branagh, whose countless other films include Harry Potter and the Chamber of Secrets, Valkyrie, Thor, Jack Ryan: Shadow Recruit, and Murder on the Orient Express.

There is no point me being the same Hercule Poirot that, say, David Suchet, would be. You have to be your own character

“And from a personal perspective, playing Hercule Poirot himself, I knew there was a huge amount of scrutiny coming my way.

“I had to undertake lots of research; lots of looking at how other actors have gone about the character. But also lots of searching and yearning for originality.

“There is no point me being the same Hercule Poirot that, say, David Suchet, would be. You have to be your own character. You have to really study Agatha Christie’s words and accept that the interpretation we have seen on our screens before is only one interpretation. Don’t get me wrong, it’s a bloody good one, but if all you felt you were going to do was replicate what someone else had done on screen, then you really should just go home and put a film on.”

The pressure to succeed

With such a colossal budget, there was added pressure to make the film not just an artistic success, but a commercial one. Although with a cast boasting the likes of Gal Gadot, Russell Brand, Letitia Wright, Dawn French and the somewhat controversial Armie Hammer, the box office was buzzing in its opening weekend.

“I think for us … it’s such an iconic story, and arguably one that has been confined to stage or screen. Barring one previous film adaptation from 1978 which, by the way, won an Oscar and a BAFTA.

“We’re not saying this hasn’t been done properly in the past. Yet what that extra finance gives you is detail and delivery. It’s the fine details that really begin to shine when you have a bigger budget to play with. The luxury of doing something really good. And knowing you have the time to go back and take another look if it hasn’t quite come through the way you had expected. It’s quality control.”

Quality is certainly a buzzword Branagh. He’s led many early artistic endeavours by either directing or starring in film adaptations of Shakespeare’s plays. Those include Henry V – for which he was nominated for an Academy Award for Best Actor and Best Director – Much Ado About Nothing, Othello, Hamlet and As You Like It. And this is still true despite how, within a generation, technology has taken forward the possibilities of film and TV into whole new realms.

Branagh in Death on the Nile

“I think that really hit home with Death on the Nile,” says Branagh. “That era possessed such an arty, seductive innocence. And it’s frightening to think how, in such a short space of time, the whole world has changed.

“I do understand when people become philosophical or maudlin about this romantic past age that clearly we are never going to get back.

“What I would say to that is yes, it was a romantic time. But we have substituted that for a new era of entertainment and connectivity and, actually, knowledge.”

He continues: “Life is also incredibly more convenient now. In the past to do the most basic things without technology could actually be profoundly difficult. people were largely uncontactable.

“People could lose their lives on the Nile… and almost get away with it!” 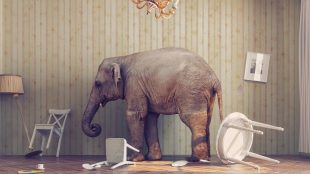 Male victims of domestic abuse: a hidden problem that gets worse as we get older

Despite thousands of domestic violence victims [...]