Are double standards alive and kicking? A nationwide survey* of British couples in relationships shows that men are more romantic than their female counterparts, placing more emphasis on events like Valentine’s Day and anniversaries.

But has this not always been the case? Are men not famed for their romancing ways, their courtly behaviour? Surely in the past this has been the only way to win over the love of your life. But is that still the case? And if not, how come men are still the big old softies?

It’s hard not to think perhaps that married men are a bit more forthcoming with the more ostentatious or visible romantic gestures because otherwise their necks would be on the block for forgetting stuff – met at the door with a frying pan, Andy Capp style. Let’s be honest about this… who in their life has not witnessed – or even been responsible for – the jokes levied at men carrying a gorgeous bunch of flowers home for their beloved… “OK, what have you done wrong this time?!”

But are we doing our chaps a disservice? In a recent poll of today’s men it transpires that more than two thirds (69 percent) admitted to being the big romantic of the two, wearing their hearts on their sleeves and being more comfortable with public displays of affection. Although most of the women said that PDAs make them absolutely cringe.

Amusingly a fairly hefty 15 percent of men even said they love snuggling up with a romantic comedy, although they’d never tell their friends in a million years!

Can you imagine a woman coming to me with a big bunch of roses!? It would feel very strange

So men – not women – are the big softies?

Hasn’t it always been this way? Eric, who’s 69 and been married to Diane for over 40 years says absolutely yes. “It’s always the guys that make the gestures,” he says. “Can you imagine a woman coming to me with a big bunch of roses!? It would feel very strange. I’m not sure I’d know what to do with them.

“I spent a fair bit of time wooing my wife in the 70s – in those days it was probably harder work to win a girl over and I had to put in a bit of work! And it was definitely always the man doing the running. Taking her out for dinner and turning up with flowers and stuff. Showing off my new car when I got it. But I started out that way and have been like that throughout our marriage. I am the one who buys flowers and jewellery, and I love to make her happy with gifts, I honestly do.”

Eric is obviously a bit of a romantic – as are the majority of men, apparently – but surely in this day and age, we should see more of an equal approach to events like Valentine’s Day? Eric isn’t sure.

“These days I think it must be really hard for men to know what is right and what isn’t. Women have much more equal rights so should the fellas still be the ones buying the flowers and paying for dinner? I wouldn’t know where to start. I’m a bit older so I’d want to do what I always do, but I suppose some girls might take that as being sexist or something. I’d be treading on eggshells.”

Both sexes polled admitted that men are expected to spend more

And it’s a fair point – in this more enlightened age, where are we with all this? Are men still the ones making all the grand gestures because ‘that’s what men do’? When it comes to gifts, there’s still that old imbalance.

More than half of the women polled said their men buy bigger Valentine’s Day gifts than they do, with both sexes polled admitting that men are expected to spend more.

Despite this, 57 percent of male respondents said they would be embarrassed if their partner bought them a huge gift like a giant teddy in front of friends or co-workers.

Joe Groves at Deliveroo, who commissioned the poll, said, “Our findings show that women prefer something more private rather than a cringe-inducing PDA, so this Valentine’s we’re expecting to see more orders than ever.” Pizza and chill anyone?

*Study of 1,500 men and women conducted by Ginger Research on behalf of Deliveroo, Jan 2019 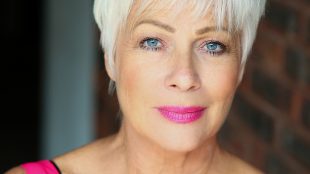