Each week I’ll be asking someone what their corona-experience has been like, from their lockdown life, to the new habits they’ve picked up. This week Joe McGann gives us the lowdown on new love, smart threads, and baking rivalry…

When did you first know it was a big deal?

Liverpool v Atletico Madrid on 11th March. I had tickets to attend with two of my brothers and my nephew. I’d been following the news from Spain, which was on lockdown already, and it seemed odd that 4,000 potentially infected supporters from Madrid were allowed to travel. We discussed it between ourselves, and two of us decided that it would be dangerous to attend. Particularly given that we were to come home to my 85 year-old mother, and my brother had to return to his wife, who has a severely compromised immune system. To be in Liverpool, with a ticket in the hand and watching on the TV instead of being there. That was the moment it all hit home.

I suppose it was going into voluntary isolation with Mum just after the Madrid game. Mum has a couple of underlying health problems that have left her weakened, which is why she’d come to live with me since January. We didn’t want to take any risks with her health, and my employers were very understanding (Joe’s working on Hollyoaks). They closed down the studios a week later anyway.

I think we were actually quite good… I’d not long done a Costco run, so we had plenty of loo roll, kitchen roll and coffee. The essentials! It was amazing how quickly little networks of friends formed around baking ingredients; we’re no more a nation of shopkeepers but of bakers, it seems. In making sure that Mum had a ready supply of her favourite treat, we do seem to have great many Mini Magnums though.

Who’s in the house?

Well there’s Mum and me, and Minnie the dachshund, and there’s also the amazing Frances…

You see, before the plague descended, I had met and fallen for Frances, and we were in the very early days of a new – and in both our cases – entirely unexpected love affair.

Frances has one of her sons living at her house, and after discussion we decided that, if we were to see each other at all, and with other considerations, it would be best if she – and her son – isolated with me. What could possibly go wrong?

In truth, what some friends were calling a baptism of fire has been – pretty much – one long and enjoyable episode of Bake Off/Masterchef, with honours going mostly to Frances. Mum’s delighted, as she still has a great appetite. It’s all a happy symbiosis, and we’re safe and grateful. Even if Mum now likes Frances more than me.

Do you even bother to get dressed any more?

It’s killing me that I’d got a really sharp look together only to be socially distanced into flour-stained loungewear with hair like a burst couch.

But of course. Spring and autumn are the strongest seasons for menswear. It’s killing me that I’d got a really sharp look together for the season only to be socially distanced into flour-stained loungewear with hair like a burst couch.

I’m trying to keep some stuff box fresh, so I’m down to three costume changes a day. I think the delivery guys know a sharp dresser when they see one. And I’m breaking in some heavy selvedge and Heritage Red Wings at the same time. Workwear win.

How are you stopping yourself going mad?

I’m a pretty good loafer, practiced even, if you consider an actor’s life, and I reckon I’d be good for at least six months before I became unbearable to myself. It’s you lot that are all mad anyway.

Halved the sweeteners in my Mum’s tea without telling her. True story. It’s been interesting living with Mum again after 40 odd years, but it will be even more interesting when we don’t have to be in each other’s company all day every day. I’d take a picture of my beautiful Mum right now, but I’d be dicing with death. She hasn’t seen a hairdresser for more than two months. Unprecedented times indeed.

If you could be locked down with three people, who would they be?

If not the three I’m here with, then Harpo, Chico and Groucho Marx, obviously. Or the I-Threes. Or Kraftwerk.

What normal thing do you miss the most? 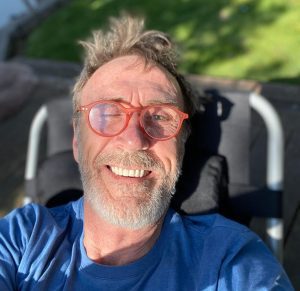 Sitting at a pavement café with Frances and good friends. But I’m really missing watching the best Liverpool team in years, among the greatest supporters in the world and it feels cruel, some days. I miss the family coming to the house here before we go to the game, I miss the crowd.

What new habits have you picked up that you’ll carry on from lockdown?

I’m in the groove of baking daily bread. I’ll not let it slide again. Who’d have thought that it would be so difficult to get hold of strong flour and yeast? I’m currently eating bread made with flour from Canada and Italy, via the internet.

What’s the first silly thing I’ll do after the lockdown?

It’ll be something at work. I’m itching to get back onto set, back down the soap mines. I miss the folk. 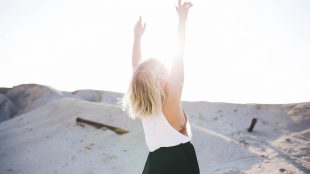