From easy access to one-off flings there are numerous reasons why people in long-term committed relationships turn to cheating and infidelity – but are we as people entirely to blame, or does digital play a part? Tabatha Fabray pulls back the bed covers to investigate…

A US study from the Institute for Family Studies (IFS) discovered that couples who are over 55 reported more cases of infidelity than their younger counterparts. A fairly shocking 20% of people over the age of 55 say that their relationship is adulterous, and the study found that those in their 50s and 60s were most likely of all the age groups to cheat. So why is this?

There’s no question that the rise of new technologies such as smartphones and social media have made it easier to have an affair or to cheat on your partner. Multiple online dating sites, apps where you can hook up with someone within a five-mile radius in a mere five minutes, ‘sexting’, and even innocuous social media sites such as Facebook have all facilitated the act of cheating, but can we really blame them for the choices that we make? Or are there other factors involved? 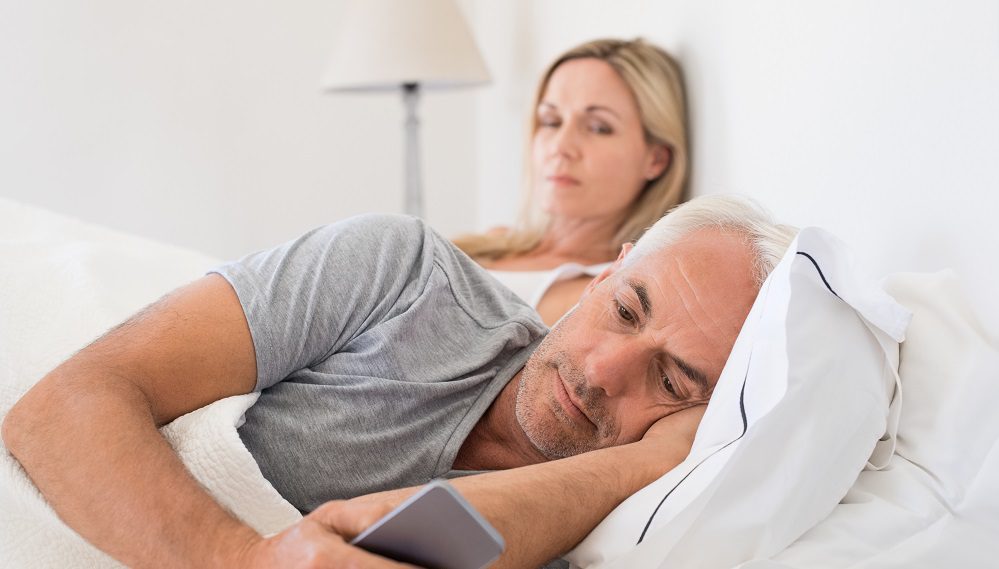 The Swinging Sixties
Did you come of age during the sexual revolution, when monogamy was brushed aside? You were actively encouraged to explore your sexuality for the first time, and how great was that?! The arrival of the contraceptive pill was an epic moment for all women of this era – a chance to be sexually free, without worry of certain repercussions. You don’t just forget these values that you experienced growing up, so this could easily be a factor in the increase in the over-50s seeking extramarital fun.

Unresolved issues
Long-lasting problems in any marriage can lead to a build-up of resentment, unhappiness and a desire to run away – perhaps into the arms of someone else? An affair can seem like the ideal solution to an unhappy marriage, providing a chance to forget your everyday struggles, and experience something new and exciting.

Flirt for your future
Being over 50 now is not how it used to be. Today’s 50+ women and men are sexy, vivacious, fit and actively seeking new adventures. Being stuck at home in an unfulfilled marriage isn’t part of the equation, so having a bit on the side could easily be seen as an extension of this renewed lust for life. You’ll not put up with mediocrity in the rest of your life, so why would you in your relationship?

Routine rut
Boredom can be the silent relationship killer. Being with any one person for a long amount of time is bound to lead to periods of ennui, especially once your children have flown the nest, and you’re left alone with that person day in and day out. Maybe the physical intimacy in your relationship has gone, or become more perfunctory than passionate? Feeling undesired, sexually unattractive, or worst, sexually invisible, can all lead to thoughts of straying.

Cultural changes
Never has there been so much focus on sex and infidelity in the media and on our television screens than there is today. Have a think about what TV programmes have made the headlines recently: Doctor Foster, The Affair, The Split... All of these emotional dramas surrounding the topics of cheating spouses, divorce and affairs have had us glued to our sofas. As a nation, we’re fascinated by infidelity, and obsessed with sexual encounters. Could these programmes make us more likely to seek extramarital thrills, or do they act as a warning as to what could happen if we play with fire?

Let’s be honest about the fun
Infidelity is a complex issue, and you never know what’s going on behind closed doors, or what makes someone wake up one morning and decide to cheat on their partner. That being said, the majority of people cheat because it’s fun. Yes, we said it; cheating really can be fun, despite the obvious damage it can cause. For many, it’s a chance to feel desirable, young, gorgeous and powerful again. Someone new is telling you all of the things that maybe you want hear from your current partner but don’t. Technology has simply made this easier for us to achieve, by connecting us with more people.

Stop!
Play the scenario through to the end. Is it worth the emotional car crash that would inevitably happen if you got busted?

Think!
Why are you considering this? Are you unhappy in your relationship? Are you just looking for some fun? Have you tried to make things at home work before seeking outside thrills? Or have you literally just met the real love of your life and need to move on. Whatever the reason, look at it with integrity. If life with your partner has simply got stale, do something about it. If you’re definitely unhappy and can’t see a way back, do the right thing and be honest, finish things. Our advice – don’t sneak around being that shady person who has affairs and flings. Your partner likely deserves better (and yes, we do accept there’s exceptions to the rule).

Step away!
If you’re feeling tempted by someone and you know it’s simply going to be a case of opportunity, simply avoid the opportunity. Go home and do something nice for your other half instead. 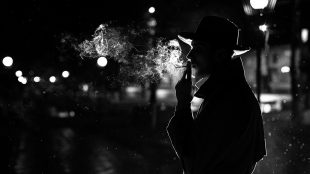