I’d thought about how to grow out the grey for ages, and struggled to work out how to do a seamless transition. But after many years of hi-lights, tints and semi-permanents, lockdown gave me the perfect opportunity. Time to embrace the silver in me.

Over lockdown I have worn my hair in a ponytail the whole time. And slowly but surely a new, braver me is emerging. At 56 it’s one I’m beginning to accept, and it seems I’m not alone.

A quick search of Instagram reveals the hashtag #greyhair has over two million posts. And there’s a proliferation of similar accounts, positively promoting women with platinum, grey, or silver hair colour.

Celebrities including Emma Thompson, Cate Blanchett, Helen Mirren, and Dame Judi Dench have undoubtedly helped this trend. As have articles saturating national media, and hashtags (like one of our own favourites, #SilverIsTheNewBlack). And stars like Lady Gaga are making silver hair a positive choice for even younger women.

It’s hip to be grey 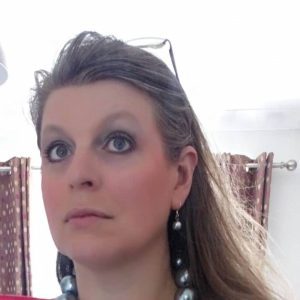 Where it was once associated with images of old crones and witches, it’s now become positively trendy to grow out the grey hair. And finally women are feeling like they can be silver tops, and wear it with pride.

Former model turned jewellery designer, Caroline Gray, 52, says, ‘’My hair really started to turn in my mid-40s. The first time the grey conversation happened with my now husband was when I was about 47, just before marrying. We were in the cinema when he said, ‘when are you going to start dyeing your hair?’ 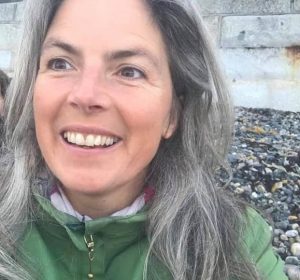 “The look on his face was priceless when I said I wasn’t. Of course I care about my appearance, but I’m also a great believer in being true to yourself. And it’s your body, so your choice.’’

Script editor Pippa Best, 47, went grey at 35 after becoming a mum. She says whilst initially unsure, she now gets so many compliments on her long silver hair that she has grown to love it. 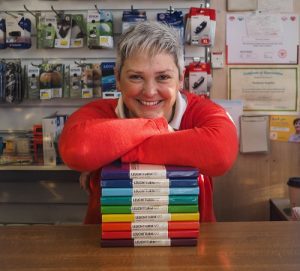 For others, changing colour was not such a surprise. Sarah Laker, 50, who runs Marple Stationery in Stockport, says her grandma went white in her thirties and she followed the same path: “I started dyeing in my 20s, but then when I was 34 I was off work with vertigo. I couldn’t bear my hair being touched so I had it cut really short. Then when I was well and it was time to go back to work I actually liked the grey! So I was grey before it was a trendy thing to do.”

Friends have dubbed her their ‘ginspiration’ and many have also stopped colouring, but she hasn’t been without her critics. Sarah was annoyed to be told by a customer that she could look 10 years younger if she dyed her hair. She says: ’Why would I want to look 10 years younger? I’m completely happy with myself and my life; I have a lovely husband of nearly 28 years, two beautiful daughters, and my own business.’’

Why do people judge the grey?

…we have to fight the fear of ageing from a very early age. Ageism is an implicit bias

Behavioural psychologist Prof Carolyn Mair PhD, author of The Psychology of Fashion, says such comments happen because there is still a preoccupation with eternal youth.

‘’Women, and increasingly men, are socialised into believing that to be successful in any aspect of life, they have to be beautiful. And as being beautiful is equated with being young, we have to fight the fear of ageing from a very early age. Ageism is an implicit bias.

“Since Lady Gaga dyed her hair silver, it has been a trend for younger women too. But this is different to naturally greying hair, which is an explicit sign of ageing and which has been seen negatively.’’

Want to boost the feel-good endophins in your brain naturally?

Is it different for men?

Historically, men have never really had to deal with such judgement when they grow out the grey. Older men are often tagged as distinguished ‘silver foxes’. Think George Clooney, Jeff Goldblum, Pierce Brosnan and many more.

Michael Facherty, 69, says he was ‘salt and pepper’ in his 40s, and grey by his 50s, but welcomed the change. “I used to be ginger, and I bless the day that my hair and beard turned white. There is a lot of demand for a Father Christmas/ Santa with a real white beard! Also, not being called Ginge is good too.’’

Former BBC Midlands Today newsreader Richard Uridge, 59, says going grey was never issue for him. “I honestly can’t remember, it was so long ago. I probably started going grey 20 years ago but it was so incremental I barely noticed it happening. And even now I only realise I’m fully silver (well, let’s be honest, white) when I look back at pictures of the young raven-haired me.”

Richard Uridge before and after

He acknowledges women have a harder time than men in the ageing process adding ‘’I think men are partly (possibly largely) to blame for that inequality. Personally I have no problem with grey-haired women. My mum went grey prematurely – as they used to say – so I had a positive role model for the natural look.’’

Award-winning celebrity hairdresser, Phil Smith, believes whilst things are changing, ageing is still an issue. He says, “After 30 years of being a hairstylist, going grey is definitely a recurring concern for clients. It seems to me the fear isn’t about going grey or having grey hair, but the idea that it is associated with getting older and the fear of ageing.

“Despite grey hair being sported by influential celebs and the fashion industry’s finest – take Sarah Harris, Stacey London, and Tennille Murphy as examples – the fear of going grey is deep rooted. I try to encourage my clients to see the beauty in their greys, showing and explaining options on how it could enhance their look. But ultimately the decision is theirs.’’

A trip to the hairdressers can help ease the transition, and he recommends highlights or lowlights as blending through the roots and coloured ends will allow the grey not to be so obvious.

Growing out the shades of grey 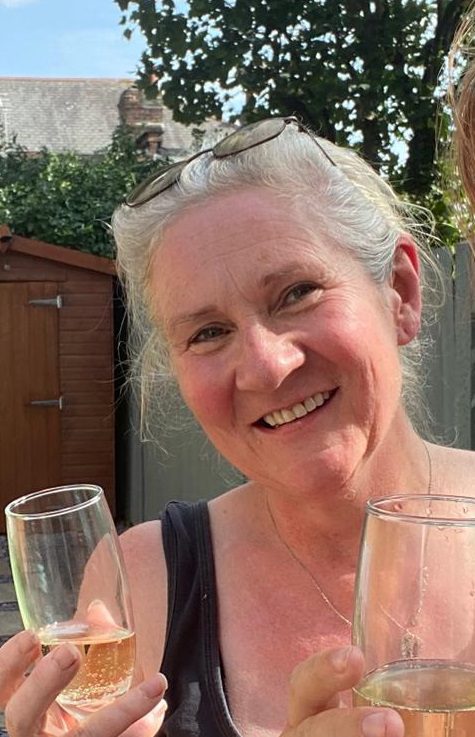 Grey is not a favourable word and is often still used in a negative sense; ‘what a grey day’, ‘you’re looking a bit grey – are you ill?’, so I prefer to say my hair is turning ‘silver’ and rather than feel defeated I’m welcoming this new stage.

As Prof Mair says, “Many women have decided to embrace the natural signs of ageing and not dye their hair. This can be empowering as it enables them to be authentic and not simply conform to societal norms and ageist prejudices.

“We all age, and as we do, we are likely to become more confident, more tolerant and more certain about what matters.’’

Lockdown has brought many positive developments; cleaner air, less traffic, shopping locally, getting to know your neighbours and letting nature take its course. Finally ditching the dye is one such silver lining.

THINKING OF GROWING OUT THE GREY?