In an attempt to fend off senior moments, comedian Simon Evans road-tests nootropics.

Nootropics are – according to Wikipedia – “drugs, supplements and other substances that are claimed to improve cognitive function, particularly executive functions, memory, creativity or motivation in healthy individuals.” The word ‘claimed’ is doing a lot of heavy lifting in that sentence. So do nootropics actually work?

…the target market is old timers who are hoping to regain a fraction of the wakefulness and mental grip we took for granted not so long ago.

Lately, a number of beautifully packaged and branded sub-pharmacological propositions are being marketed at silver panthers, or whatever the marketing goons are calling the 50+ demographic this week. Basically, the target market is old timers who are hoping to regain a fraction of the wakefulness and mental grip we took for granted not so long ago.

I wanted to find out if these non-prescription novelties worked. I am 56, and general wear and tear is setting in.

Memory is a thing I remember fondly 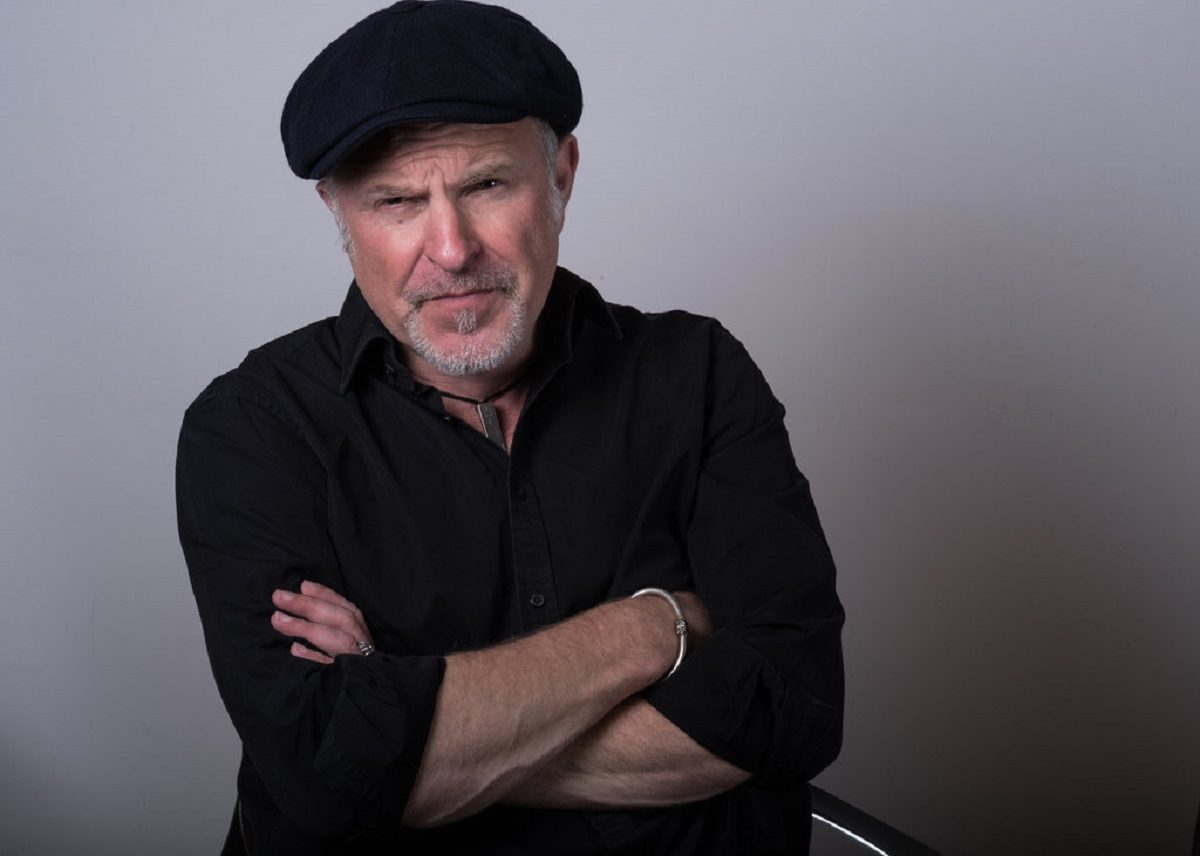 This getting-old lark doesn’t sound so bad if you can laugh at yourself, I had thought, expecting it to start happening when I was 70. But no, it kicked in at 54. Suddenly, I was unable to ascend the stairs without blood draining from the brain to such a degree that I forgot the word ‘scissors’ long enough to remember that that’s why I went upstairs in the first place.

Two flights of stairs to the attic room and I was wiped clean. I could barely remember what year it was let alone the purpose of the mission. I had to stick a list of things I might go upstairs for to the landing wall. But I couldn’t read it because I lost my glasses. So I’d look for clues and spot a cup of tea I made half an hour earlier from a previous futile expedition upstairs.

This getting-old lark doesn’t sound so bad if you can laugh at yourself, I had thought, expecting it to start happening when I was 70. But no, it kicked in at 54.

The tea would be cold, most likely with an insect floating on the surface, but still look drinkable. So I’d take the tea downstairs, scoop out the fatality, and pop it in the microwave so my spirits would be revived and I could start again. Because – obviously – I’d rather take a layer of skin off my lower lip than admit defeat and waste 4p on a new teabag.

Halfway down the stairs, I’d congratulate myself for my economic insight. Perhaps I could share the tip with Martin Lewis at MoneySavingExpert.com. ‘Save money on hot drinks by sweeping the house for half-finished mugs of forgotten tea whenever you go upstairs’.

Lost in this reverie, I failed to notice the cat asleep on the ninth step. Five years ago, my wife bought the cat in a conspiracy with the kids. I assume they chose it deliberately to blend in with the stair carpet. If not, it really is the most extraordinary coincidence. I wouldn’t be surprised if she took a swatch to the breeders to get a good match.

“That’s the colour and the pile I want! If he is going to trip and fall to his death, it needs to look plausible,” she would have said, while cheerfully packing the feline into the car.

I have not yet fallen to my death, but I have had a few close calls. It is at best very unsettling when a step gets up and bolts from beneath your feet, leaving you grasping the banister, heart thumping, system surging with cortisol and adrenaline. This is when I need a biscuit with my tea. I look for the biscuits in the kitchen – and there they are in a sealed packet. That’s why I was looking for the scissors! That cycle can go on for hours. Up and down the stairs, in and out of rooms, back to the kitchen, open the microwave, find another forgotten cup of tea…

Searching for a remedy 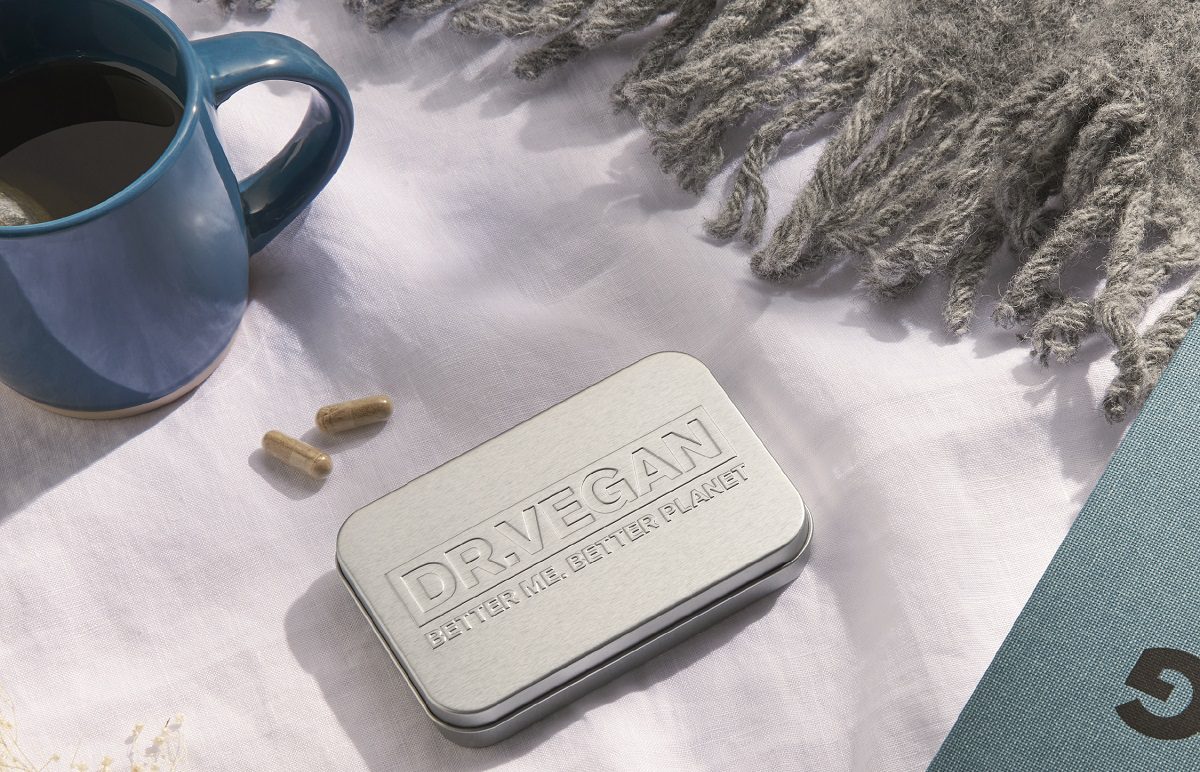 It is enough to drive you insane – and into the arms of snake oil salesmen, offering you a return to your scissor-sharp mind. So courtesy of Silver Magazine, I received taster packs of such products. Dr. Vegan offers Vegan Minds pills for memory and focus and Stay Calm pills to manage stress and anxiety. These were to be taken with food, which in my case often means burgers, bacon, or fish, but Dr. Vegan did not specifically counsel against meat-eating, except as a general moral principle.

Noggin meanwhile offers uppers and downers called Oomph and Pause (rather than Oomph and ‘00 mph’, which would have pleased me, but probably lost sales). These had a slightly more impressive list of ingredients than the vegan option – lion’s mane mushroom, rhodiola rosea extract and magnesium, alongside the usual alphabetical suspects. Vegan Minds contains no Magnesium (OMG!) but did have something called ‘BacoMind’ which I hoped might be a concession to carnivores.

So, did they work? 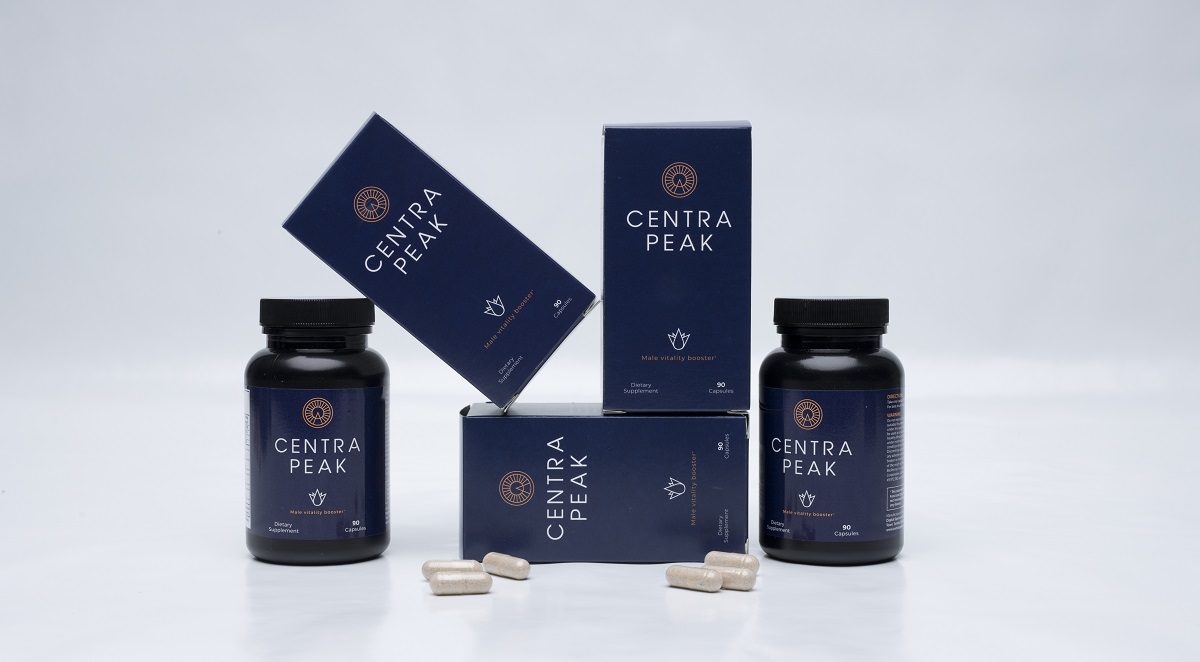 Hard to say. Perhaps I should have set myself specific tasks to determine the enhancement of my cognitive capacities but my daily pandemic schedule – walking the dog, tinkering with copy and providing subordinate services to my wife who is the main breadwinner and Head of Household – is perhaps not the best test of a world class intellect.

But I didn’t feel myself undergoing the kind of transformation one sees depicted in movies by flickering digital code and bullets floating harmlessly past your head. To be fair, neither of them did any harm either. And seeing one’s urine turn the colour of lemon curd, as one’s kidneys frantically try to eject the excess minerals does at least remind you of your good intentions.

I was a poor judge of the third product. Centra Peak, another vitamin-and-mineral concoction, arrived in stylish, masculine navy and bronze packaging. It too has a strong ingredient game, with several unique elements with harvested-from-the-secrets-of-the-rainforest-sounding names. Mucuna pruriens alone is worth the price of admission.

But I cannot pronounce a verdict on Centra Peak because its USP is that it is a male vitality booster that will “enhance your testosterone production”. If it can do so, more power to its elbow. But I found that my testosterone was catastrophically low some years ago and have been on a proper testosterone replacement therapy programme ever since. My testosterone levels were those traditionally associated with an 80-year-old man.

Better the devil you know 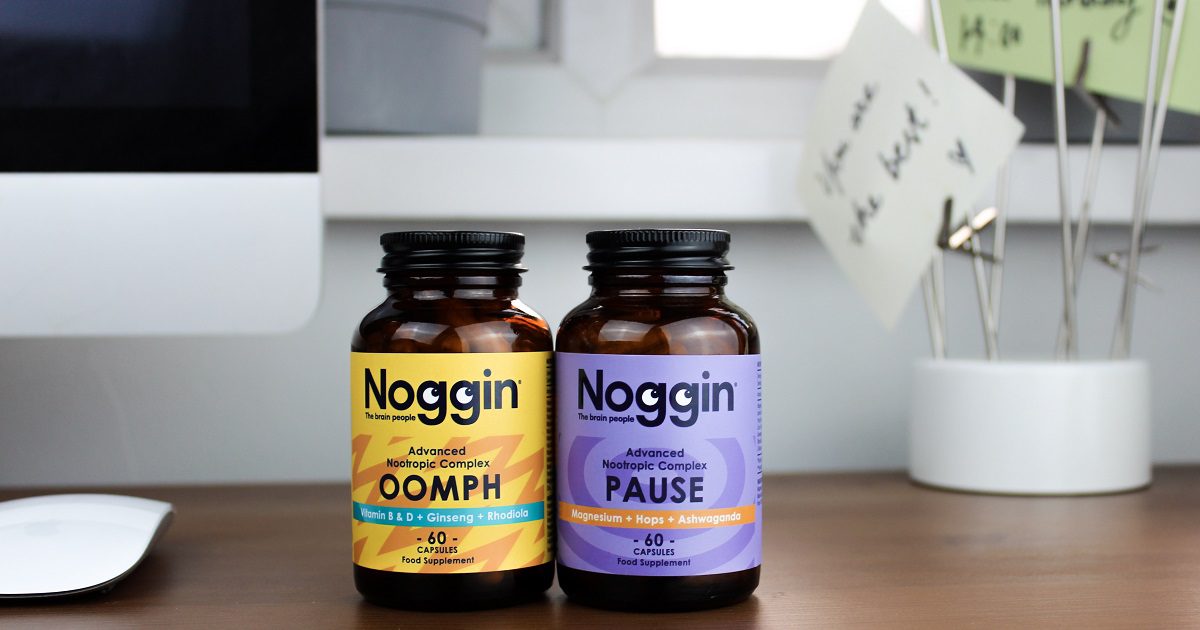 As far as over the counter remedies go, however, do any of them give you the kick that a double shot of artisan Arabica – or even a heavy spoonful of instant – can? No, I am afraid not.

When it comes to delivering a cognitive boost, three simple, legal things have worked for me. One is caffeine, obviously, and I dose up on that regularly. I’m sorry to say the second one is nicotine. I don’t use it anymore. But nicotine is a proven, effective cognitive enhancer.

But the third and most surprising boost was changing my diet. Wheat-based foods – bread, pasta, biscuits, and pies – and all sugars are gone. I eat toast in the evening much as one might take sleeping pills.

We are all different and trial-and-error is the only way to find out what works for you. But anything that pretends to deliver the punch of a controlled substance, presented in a jar that looks tasteful on your spice rack, is probably worth taking with a significant pinch of flavour-enhancing sea minerals. 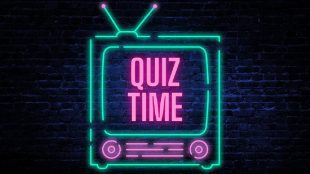 We know from our research that you love testing [...]