So, I’m 60 next month, and it feels like a significant milestone, a ‘Big Birthday’, as the expression goes. Hmm.

What does that even mean these days? Is it cause for celebration? Should I have a wild party like I did when marking the end of my third decade, or should I just keep it on the down low and start Acting My Age, whatever that means.

I googled ‘60th birthday party ideas’, and on the third result of the search, in Birthdayinspire.com, there was this piece of wisdom;

“So, what comes first in our mind when we think of 60th Birthday, is that the Person is turning old, may be the age of retiring, maybe that person is not that much interested in loud things etc…”.

Bollocks. I like lots of loud things, from AC/DC to Hawaiian shirts, and I shall probably never be able to afford to retire, even if they were to stop raising the state pension age just out of my reach. Further down the search results was this, from party-ideas-by-a-pro.com;

“Let’s face it, 60 isn’t considered old anymore. We’re all living longer and the idea of retiring around the age of 60 just isn’t the reality anymore. Nowadays, most 60 year olds still lead very active and sociable lives”.

That’s a little more my sort of thinking. The site goes on to suggest group activity rather than conventional party, which is something I had actually considered. I’ve wanted to go on the long zipwires across the slate quarries in Snowdonia for ages, but there aren’t many of my friends or family into it, so I’ll just do that on my own some weekend soon, with the young people, presumably.

I’m on the threshold of The Third Age, a time of life that can be considered ‘The Golden Years’ of adulthood

In current psychology terms, I’m on the threshold of The Third Age, a time of life that can be considered ‘The Golden Years’ of adulthood. This is usually defined as the span of time between retirement and the onset of age-imposed physical, emotional and cognitive limitations.

At an age with fewer responsibilities in terms of family and career, and coupled with adequate financial resources and good physical and mental health, these years offer great opportunity for self-fulfilment, personal engagement and even ‘completion’ if you like that sort of thing.

This is a relatively new concept in human history, and so there is little social understanding as yet, and even less cultural guidance on the subject from the cultural mythmakers- the film makers, novelists, dramatists, artists etc. The true definition is up for grabs, in cultural terms, which means I’m in a pioneering wave, if you like, and this I admit I’m finding exciting and filled with possibilities.

I’m grateful every day for my good health and for the fact that I can still earn a living in a job that I love and which still stimulates and educates me. I’m one of the lucky ones, and I believe I can reasonably expect (with all the usual caveats) at least another twenty, even twenty-five years more and of late I’m beginning to realise that I need to start making some plans if I’m going to get the best out of them.

Old enough to know better, young enough to have fun

I have enough experience to give me a sense of how best to achieve what I need, but also still enough rock and roll to make it interesting. I’m still filled with curiosity about the world, about us humans and our funny ways, and it’s this curiosity I plan to indulge and feed for as long as I’m able to and follow wherever it takes me. Our curiosity is, I believe, the manifestation of the spark of life in our consciousness, “the force that through the green fuse drives the flower” as Dylan Thomas puts it, and we should all regularly give it licence to roam wheresoever it wishes so that we might keep growing.

When I think of what 60 looked like then, I can’t see myself at all. Sitcoms joked about the Darby and Joan club, gardening gloves and bingo

On a personal note, in just a few months I will have lived longer than my Father did. He died at 60 from complications caused to his heart by shrapnel from a German grenade on D-Day. This feels like a big moment to me. Dad passed in 1984, and when I think of what 60 looked like then, I can’t see myself or my generation at all. Sitcoms then joked about the Darby and Joan club, gardening gloves and bingo, false teeth, slippers and tea dances. It will be odd to think that I’ll be older than he ever was…

There was a gulf between us kids and the ‘auld ones’ back then; they called it ‘The Generation Gap’. Times change though, and my daughter is 30 this year and has suggested that we have a mini festival at my house for our two birthdays. Complete with bands, camping and dodgy catering.

The fact that she was prepared to mix her friends and mine, and the fact that the music listened to would often be the same for all ages, marks a real sea change in attitude towards age and what’s age-appropriate. For every article I see about ‘What age should a man stop wearing skinny jeans’, I see pictures of the Rolling Stones pratting about at 74 years old in full drainpipe drag. When they stop, I’ll stop. Maybe.

Anyway, I’ve still not decided whether I’ll party like it’s 1999, and try to recapture years gone by. Or whether I’ll just end up having a reasonably quiet family lunch before heading to Wales and the zip wire. Either way, I won’t feel any more or less grown up, and that’s absolutely as it should be, if I’m any judge. 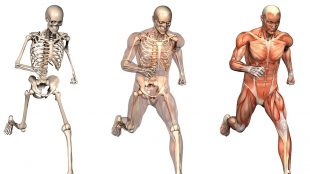