Peter Ustinov in his Lagonda

H&H auctioneers specialise in classics and many of the motors they handle have got rich and colourful pasts. They let us have a nose around at some of their very special lots…

Sir Peter Ustinov, CBE FRSA, the acclaimed raconteur, double Academy Award winning film star and writer, chose this stunning 1953 Lagonda 3-Litre Drophead Coupe when he could afford a brand new car (see top picture). His purchase of the car may perhaps have inspired Prince Philip to order a near identical car – as both of them were members of the Thursday Club in Soho.

This is the first time in 49 years that Ustinov’s Lagonda, NLO 950, has come on the market. Originally supplied via Brooklands of London to Sir Peter Ustinov it was built as a 2.6 litre model but uprated with a 3-litre engine by the factory in November 1954 (and a four star diff three years later). The engine was overhauled in 1997 and the car is a veteran of numerous Continental trips. 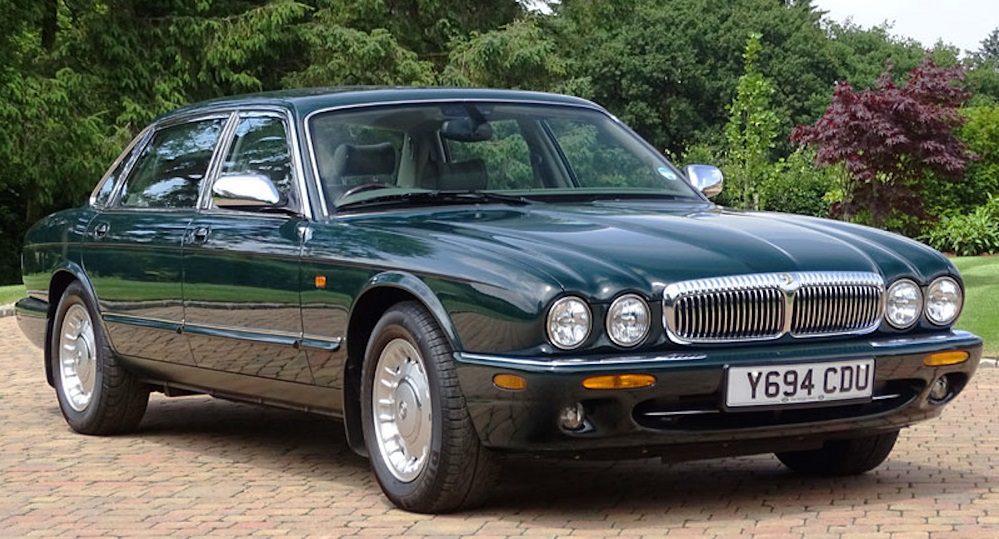 In 2001 it was decided that a new car was needed for HM The Queen’s personal use and to serve as a Royal relief vehicle. It had to be luxurious yet understated. The answer was a 2001 Daimler Majestic 4.0 LWB built to bespoke specifications. And part of those specifications included a nicely engineered handbag-holding tray built into the armrest between the two front seats.

Chassis F35595 was despatched from the Works on 14th March 2001 but not road registered as ‘Y694 CDU’ until 4th June that year. The nearly three-month delay was necessitated by an intensive, circa 2,500-mile ‘debugging’ programme to ensure that the Majestic 4.0 Litre Long Wheelbase Saloon ‘never failed to proceed’. Her Majesty The Queen is known to favour dark green hues for her own cars. Thus, the Daimler was finished in British Racing Green with Catkin leather upholstery and a subtle red coachline.

One simply must have something to put one’s handbag on

OK so if we had this car, we’d definitely be driving it around showing off, not keeping in a garage all neat and tidy; but this 48-year old E-Type has only 1,700 miles on the clock! It’s very likely to be the lowest mileage E-Type in the world.

It’s only ever had one (super careful) owner, and has been treated to much recommissioning and restoration work by marque specialist Alan Collins of Maldon (2000-2009), although the owner – the rather eccentric Mr Peter Ashcroft – only ever added another five miles to the clock. It was never fitted with a stereo and the blanking plate, speaker grilles and aerial bung remain in place. The car retains its original ‘matching numbers’ engine and manual gearbox. It last had a tax disc in 1977! 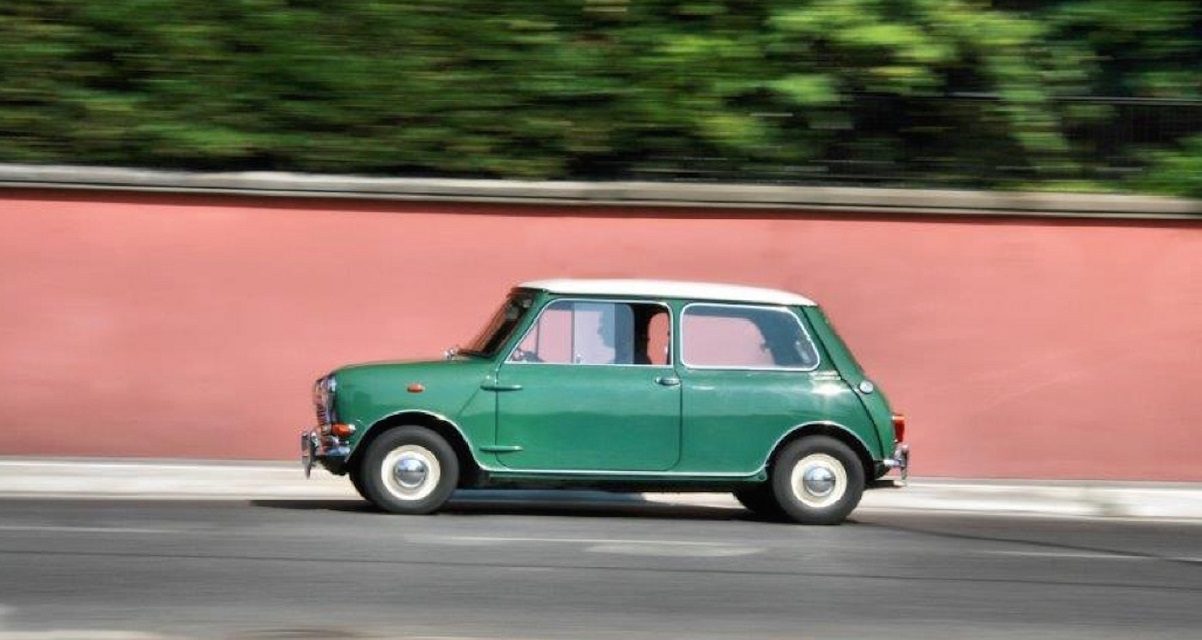 Who remembers Marples?! This rare Mini was once owned in the 60s by villainous UK government transport minister, Ernest Marples. Minister of Transport Marples started the development of the country’s motorway system – in which his own company played a major part building – while he ran down the railway system. He evoked intense dislike in the general public…’Marples Must Go’ signs were spray-painted across motorway bridges, and motoring magazines were full of criticism of his policies.

In 1975, Marples, who had by then been made a baron, left the country in rather a hurry, not because of his introduction of double yellow lines and traffic wardens, or the conflict of interest in building motorways at the same time as cutting Britain’s rail network but because of tax evasion.

The Mini was one of three built by the Austin Experimental Department as a hatchback conversion and is the only surviving example. The so-called “Marples Mini” is an Austin Cooper S three-door prototype (English hatchback) made in 1964 as a unique specimen. And this car, owned by the man who gave Britain its motorways, was designed to carry his golf clubs

Unveiled to great acclaim at the August 1933 Ascot Races, the Derby Bentley was underpinned by a ‘double dropped’ chassis featuring all-round semi-elliptic suspension and four-wheel drum brakes. The car is one of just three Derby Bentley ‘Overdrive’ chassis to be bodied as a Sedanca Coupe by James Young. The design is the work of renowned stylist A.F. McNeil. Powered by a more potent version of its Rolls-Royce 20/25 sibling’s 3669cc OHV straight-six engine allied to four-speed manual transmission, the newcomer was soon christened the ‘Silent Sportscar’.

This stunning car was supplied new to George Sinclair Brodrick Esq. on 15th November 1938 when he was just 23 years old. Mr Brodrick was the grandson of American railway magnate, Jay Gould, who was deemed the world’s richest man in his lifetime.

George’s obituary in The Telegraph noted that he ‘mixed dangerous cocktails’ and ‘went up to Trinity, Cambridge, where he arrived in the Bentley accompanied by his chauffeur. He hired an impoverished young gentleman to attend all the lectures on his behalf and provide him with a comprehensive set of notes three weeks before his Finals, which he sailed through’.

George had been schooled at Eton where he excelled at games and had Peter Carington, the future Foreign Secretary, as his fag; Lord Carrington remembered him as “an extraordinarily nice person – our Number 1 hero”. Awarded an MBE for military service whilst serving in the Irish Guards during World War Two, Brodrick sold the Bentley back to Jack Barclay during November 1940. 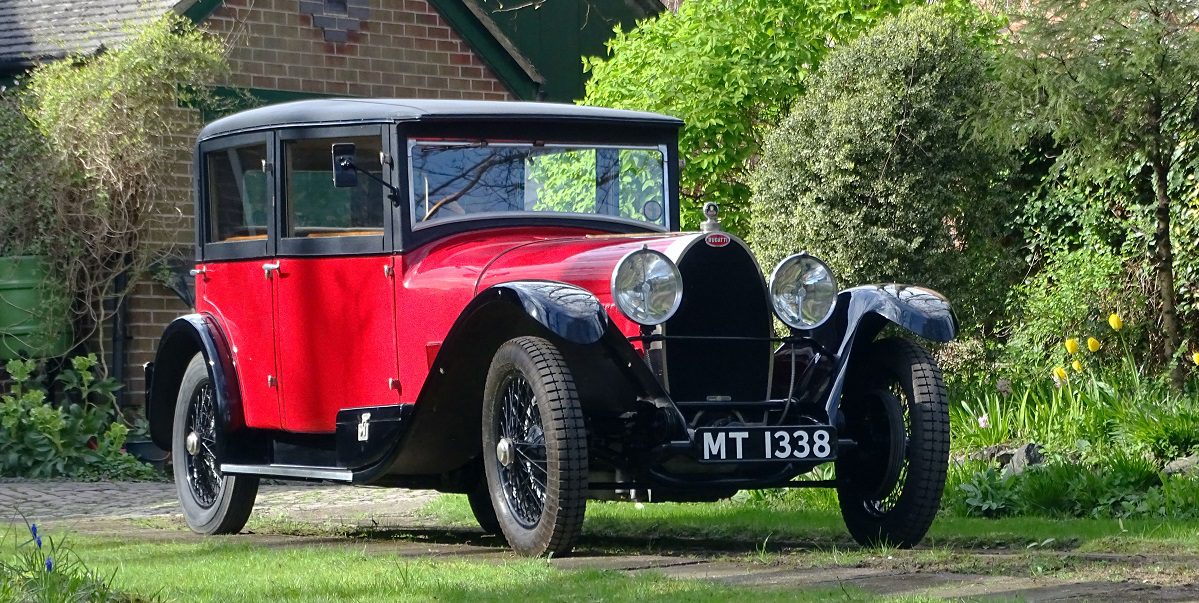 We love this story. This 1929 beauty actually ended up being used as target practice by German forces during WWII. Billed as ‘the come-back kid’ this exquisite Vanvooren saloon body began life aboard another T44 that was supplied new to Jean Jacques Peugeot (of the car making dynasty). Monsieur Peugeot had taken the enclosed four-seater off the road when World War Two broke out during September 1939.

Unfortunately, his chateau at Montbeliard was subsequently occupied by German forces who one day used the Bugatti for target practice leaving tell-tale bullet holes in its doors, returning to Monsieur Peugeot after the cessation of hostilities.

Edgar Duffield writing in the Automotor Journal, 1928, says: “This Bugatti is decidedly sporting; yet it is just as emphatically smooth and sweet, and the flexibility on fourth speed is remarkable. When I ran Bugattis for two and a half years, I thought myself quite lucky if I got more than 400 or 500 yards of fourth speed in London . . . This 3 litre straight eight could be driven from ‘The Bear’ at Esher to Aldgate Pump on fourth speed, using third only for restarting after traffic lights. It is just as refined as it is fast; just as amusing a car in the hands as ever the little beggars were . . . For what my judgement is worth, the 23.6hp Bugatti is one of the five best, most interesting, most friendly, companionable and altogether delightful motorcars that can be bought in London today”

Introduced at the October 1927 Paris Salon, the Type 44 was heralded by Motorsport magazine as Bugatti’s “first serious attempt at a Touring car”.

We found all these cars at specialist auction house H&H, which was founded by Simon Hope in 1993 and is dedicated solely to the sale of collectors’ motorcars and motorcycles. They do handle everything from 1890s London to Brighton runners through to 1990s Formula 1 cars and you can find them at www.handh.co.uk

Meanwhile we’re off home in our old bangers – NOT classics, we might add. We’d love to know if any of you have beautiful cars tucked away at home, let us know below. 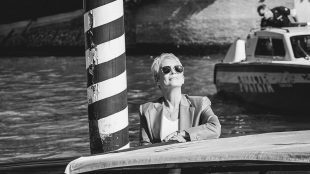 Getting candid with Jamie Lee Curtis

Some 43 years since she first appeared as Laurie [...]