I’m a happily married woman in my late 50s and until recently I’d only had something like five love affairs in my life. But I’ve been having a string of outrageous sexual encounters, and it’s what’s saved my marriage.

I don’t think mine is a particularly unusual story, although I do also know that lots of people won’t feel the same way as me, and some of my friends would be tutting very loudly. Marriage – whether you’re religious or not – is at the very least a series of promises you make to the person you love. And whether it’s a matter of honour, or the beady eyes of the Lord ensuring you stick to the deal, breaking those promises is a breach of trust, a shattering of those bonds.

But the promises we make to each other in our youth, when we are idealistic, unfettered… full of lust and with all our time ahead, not times behind us – well, perhaps those promises sometimes need revisiting. People sometimes renew their vows, don’t they? I wonder if the promises they make to each other the second time around are different. They ought to be, I think. Because the people we are at 25 are very different to the people we are at 55.

Then one day you find yourself looking out of the window and wondering well… is that it?

My story begins, realistically, in a place where I think a lot of us find ourselves. Been together for years, got through the kids, the working together. The adventures of home making and empire building. The overcoming of hard times, the celebration and joy of successes. The supporting each other through sickness and health. The deep love and connection – which incidentally is very much still there – but then one day you find yourself looking out of the window and wondering well… is that it?

I’m going to keep saying this because there will be people who doubt it. I love my husband. I love him very, very much and I couldn’t imagine for a minute being without him. We are at the same time both entirely compatible but ultimately very different people, and it has been that similarity and those differences that has kept us interested in each other and excited to spend time together for such a long time.

But excitement is missing in one very fundamental area of our lives. And that’s the bedroom. Or the kitchen table. Or the dark alley down the side of the house. Or the sofa in front of a muted film…

As we’ve got older, getting involved in spanking and admonishment has felt, well, a bit Victoria Wood.

Please, don’t start thinking wow, they should try pepping things up a bit, we can all get a bit bored, boring and bland in that department after years. You need to know we’ve tried a lot of stuff. We’ve always had a fairly robust interest in the play of power and pain, but honestly that takes some time and commitment to set up, and as we’ve got older, getting involved in spanking and admonishment has felt, well, a bit Victoria Wood.

So we don’t tend to bother. We are close, we cuddle. We hug and are physically affectionate. We prefer each other’s company to anyone else’s. I adore him, and still love things like the way his hair curls in different ways on either side of his head, or how soft his voice is. I long for him when he’s not there.

But as for sex? On the one hand it’s easy just to not bother, but on the other, I really miss it. I miss the visceral excitement. I found that as the years passed and he just didn’t seem to care, didn’t seem to want to make the effort, it became more and more difficult for me to gee us up. I felt unattractive. I lost confidence. Actually, I started to wonder if we should even be together any more.

I had a sudden flash, like a bump on the head. I needed more. I needed to get out, find myself

He doesn’t know this – but I was a fag paper away from leaving him last year. I’d been having one of those days where I looked in the mirror and felt pretty smug about what I saw. I’m slim, I dress well. I have good hair and I’m funny – dammit I’m sexy, especially on a good day like this. And I was thinking it was a shame it was all going to waste. Call it a midlife crisis if you like, but I had a sudden flash, like a bump on the head. I needed more. I needed to get out, find myself.

So I went through all these hare-brained plans about leaving and what I would do. And I felt really gutted. And then really confused. I rang my friend.

“I want to feel sexy and exciting and get fucked and not just be at home all the time,” I gabbled. “What do I do? If I don’t do something I’m going to die like this, with my bits all full of cobwebs.”

My friend, in her infinite wisdom – and immediately game for a partner in crime (she is single) – said pragmatically that what I needed was a night out. Let my hair down, have a few drinks. So off we went – hair down and morals loose.

I met a man that night. A younger man – not by years, but young enough to be exciting and sexy. And we just did that absolutely textbook thing of flirting for a bit over martinis, and then booking a room upstairs. Literally! I felt like I was in an Erica Jong book! We had exciting, meaningless sex that was really very good indeed, and that was it.

So here I am where I’m going to remind you how much I love my husband. And to tell you gasping and disapproving lot how once I’d done this I didn’t feel bad or guilty at all – I just felt relieved, like I’d scratched an itch. Maybe I should have felt bad – but for the first time in my entire life I understood the difference between love and sex. What I’d just had was sex – and it made my tail wag and made me jump for joy – but it wasn’t love. I didn’t care if I never saw this chap again (he was super keen, ironically). But more than anything, once I’d showered, and checked there was nothing for me to get busted over, I couldn’t wait to get home to my beloved husband.

Does that sound awful? I suppose it does. I would have rather stuck pins in my eyes than hurt him, and that was my primary consideration. Not about being busted – I wasn’t ashamed of what I’d done. But to break his heart? That would be something I would never, ever want to do.

He barely stirred when I got on home. I snuggled up behind him and slept like a log, curled around him. 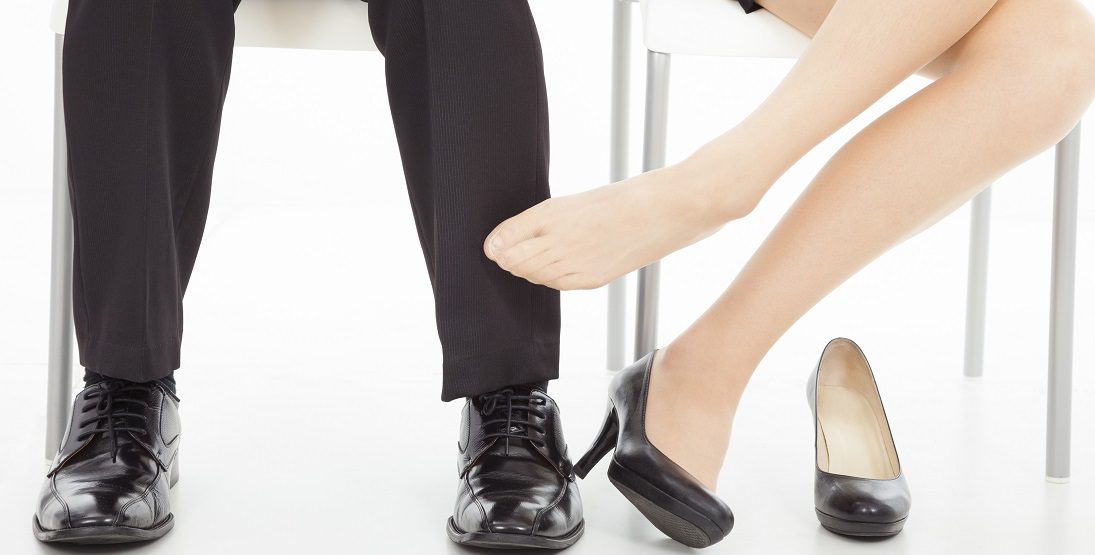 And this was the start of a behaviour I would repeat. Not often, and not close to home, not on my doorstep. Not as an ongoing affair, ever; I made a promise to myself right at the start – no affairs of the heart, only sex. And I swear it’s the reason my husband and I are still together. He seems relieved that I’ve given up strapping on the tackle and trying to whip up excitement in the bedroom – and so every now and again I indulge myself elsewhere.

I joined a dating app, where I’m very discreet, and if I’m honest I prefer to hook up with other men who are also married, as they don’t tend to want anything out of the arrangement except sex either. The meetings and choices don’t always go well. Sometimes I walk away empty-handed, as it were. But the occasional excitement and adventure means I don’t spend time at home feeling wistful and wondering if I should leave.

I have often wondered if my husband might be doing the same thing and how I would feel if that were the case. The honest answer is that I don’t know – to either of those posers. I’d like to imagine I’d feel it was all fair and as long as we still loved each other and our marriage triumphed, then great. But I suspect I’d be jealous. I think I’d just rather not know.

Anyway – removing this lopsided desire and its incumbent pressure from our marriage is working fine for now. Long may it continue, as long as no one gets hurt.