It’s long been debated whether Wi-Fi and other free-to-air electromagnetic waves have a negative impact on the health of those near them. People have claimed to experience unexplained symptoms when exposed to electromagnetic fields (EMF), and this has resulted in the belief that they’re hypersensitive to EMF, with a wide range of symptoms and illnesses resulting – in particular, a condition known widely and generically as EHS.

EHS stands for Electromagnetic Hypersensitivity Syndrome. The World Health Organisation (WHO) defines EHS as ‘…a variety of non-specific symptoms, which afflicted individuals attribute to exposure to EMF (electromagnetic fields)…resembling multiple chemical sensitivities that seem to lack any apparent toxicological or physiological basis’.

What are the signs and symptoms of EHS?
There are no specific symptoms that healthcare professionals associate with EHS, but reported signs for varying individuals include:

What are the claims of those affected?

Most notably, there was the case of a 15-year-old girl from the Cotswolds who committed suicide due to the apparent detrimental effect that the Wi-Fi signals at her school had on her life. She claimed to experience daily nausea, blinding headaches and a lack of concentration due to her allergic reaction to the Wi-Fi.

Other sufferers have reported that they experience violent shaking, severe headaches, disorientation and sleep disturbance due to their proximity to internet hubs and phone masts. Some have even resorted to moving home to a more secluded area to avoid being exposed to Wi-Fi signals.

What do the experts say? Is it real?

The WHO has made its views very clear on this subject, stating that there’s ‘no scientific basis’ to link the symptoms of EHS with the emissions given from electromagnetic fields. Based on this assessment, EHS is not considered to be a medical condition in the UK. You can read their full report here.

Dr James Rubin, a senior lecturer in psychology at King’s College London, who has carried out extensive research on EHS through studies on more than 1,000 people who claim to have the condition, was unable to conclude that Wi-Fi was the culprit for their symptoms, and that other factors needed to be taken into consideration. In fact, he was quoted as saying: “The science suggests that it isn’t [electromagnetic signalling] that is causing the illness.”

According to the WHO, there are several environmental factors that could result in EHS symptoms; excessive noise and/or indoor air pollution in an office area, the continual flicker of fluorescent lights, and too much time in front of a computer screen could all contribute to the ‘non-specific’ symptoms associated with EHS.

This is a psychological disorder that was termed for a patient who believes so strongly that electromagnetic fields can cause EHS symptoms that they start physically experiencing some of them, even if they haven’t been exposed.

Regular headaches could be a sign of dehydration, or from drinking too much caffeine, which would also disrupt a person’s sleep. Dizziness could be caused by a flu-like virus, vertigo, or a problem with eyesight.

While there is no doubt that the people who claim to be allergic to Wi-Fi are indeed suffering from the symptoms they present, the question is whether they are caused by EMF. From our findings, we believe not.

Have your say – do you believe Wi-Fi allergy exists, or are people just looking for a name for their afflictions and something to blame? 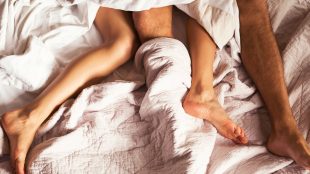 Why I cheat on my husband