I’ve had a number of serious crushes over the years; Jeff Goldblum, Simon Le Bon, David Bowie… but the first man I truly trembled before was Adam Ant. Do we ever fall out of love with our first crush?

It was 1980 when Adam and the Ants’ second album Kings of the Wild Frontier hit the stands, and I knew I’d never be the same again. I loved the music, the crazy drums, the wild outfits. But most of all I fell immediately, hopelessly in love with Adam Ant.

He was so pretty – and so sexy. I was 10 years old at the time and utterly spellbound by him. His mischievous eyes, that knowing smirk. The dancing and prancing. He was like nothing else I’d ever seen and it was love at first sight. As he leapt through the glass in Stand and Deliver I crumbled like the shattered shards around him.

By 1981 it seemed like everyone else was in love with him too. 80/81 offered up some fairly decent music – a glance at the chart successes shows Blondie, Pink Floyd, Diana Ross, Stevie Wonder, Queen… but Adam was absolutely the dandy highwayman, robbing everyone else of their place in the limelight, stealing the number one slots in both the UK albums and singles charts.

Adam was absolutely the dandy highwayman, robbing everyone else of their place in the limelight, stealing the number one slots

My friend Diana and I were pathological about our fandom. We spent entire summers playing the band’s albums – Kings… first, and then Prince Charming. And slowly also getting our heads round ‘the early stuff’ like Dirk Wears White Sox. Listening to the first incarnation of Adam and the Ants felt disloyal to us. We knew Malcolm McLaren had split up the band to form Bow Wow Wow and we were righteously indignant about Adam’s treatment. We had also fallen in love with the band too, the merry band of pirates; for us it was always Marco, Merrick, Terry-Lee… Gary Tibbs and yours truly.

And then the day came when we were able to see him live. One of the first gigs I’d ever been to and certainly the largest at that time, he played at the Brighton Centre and a friend’s mum took about five of us. I can still remember being absolutely paralysed for ages after he came on, almost too shy to look at the stage.

I found myself worming my way to the front – this little 11 year old kid with milk bottle pink NHS glasses – staring up in absolute awe, absolutely convinced he could see ME

After a while the music kind of fixed that and I found myself worming my way to the front – this little 11 year old kid with milk bottle pink NHS glasses – staring up in absolute awe, absolutely convinced he could see ME. And then he took his black ruffled pirate shirt off and I honestly almost fainted. I can still remember how I felt in that moment – totally overwhelmed, my legs actually buckled. It seemed too much, too daring for words, out there on stage, in FRONT OF ME. It was one of the singularly most exciting, provocative experiences of my life.

As time passed and ruffled shirts became everyone’s thing, and Adam and the Ants became more camp and then eventually disbanded, I was captured by the New Romantics and developed a taste for electronica and black eyeliner and backcombing which really meant that it was time to move on. But today, some 40 years later (my god, 40 years) I find myself excited about Adam again. 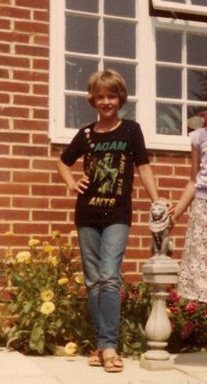 There’s a tour. There’s a tour and one of the stops is going to be the Brighton Centre. I have to go. I have seen him since that first monumental experience – and he was truly excellent, it was great to see him perform. But not at the same venue, not at ‘our place’.

This particular tour too sees him play an album in its entirety, which is an interesting premise, and I like the idea because I know most of the songs (and I know what I’m getting). But obviously I’m going because I want to hear the songs that were the backdrop to my first love affair. I know he’ll play some of them, just for me.

Details of the tour are below – I have a feeling it might sell out so don’t hang around. See you at the front.

Tickets on sale from 8 March from the Adam Ant website

ADAM ANT – FRIEND OR FOE UK TOUR 2019
Adam Ant will play his landmark Friend or Foe album in its entirety as well as classic chart-topping singles and personal favourites. 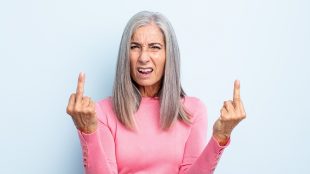 Not invited to the wedding, but asked to give a gift anyway?!