As of 6 January 2020, at least 22 people are dead and more than 1,500 homes have been destroyed. And countless millions of animals have died. There has been some rain but it’s a short-lived respite. There is more fire to come, warn firefighting experts.

It’s absolutely heart-breaking. The world is watching on in horror as an area the size of most of England is burning in Australia, and it’s hard not to feel helpless. But you can help – and it’s very simple. They need funds to keep fighting, and to create safe spaces for both people and animals fleeing the inferno.

Donations of clothing etc are not what the country needs right now – Victorian Premier Daniel Andrews has urged people to pledge money, saying they don’t have the time, space or people to sort through items.

“I don’t want to appear harsh in any way, but we don’t need any more clothes, food, trucks on our roads,” he said.

So here’s how you can help…

Donations are being accepted through the general disaster relief fund, which goes to helping those affected by bushfires, heat, floods, cyclones and other emergencies.

Bendigo Bank’s charitable arm has set up a national fund, and six other funds for each state. All money will go to those who have lost everything for immediate relief. The Victorian government has endorsed the Victorian fund, and added $2 million to it on Sunday.

The South Australian premier and Kangaroo Island mayor have endorsed a relief fund set up to aid the recovery of the bushfire-ravaged island.

The State Emergency Relief Fund (SERF) has also been launched for those affected by the Adelaide Hills fires at Cudlee Creek and beyond.

Donations can be made to the state-funded rural fire services. Some states allow pledges to individual brigades.

Donations can be made via Support firefighter families on the NSWRFS site.

More than half a million people from across the globe have pledged more than $30 million to the NSW RFS through the Australian comedian’s Facebook fundraiser.

Donations are being accepted through the general disaster relief fund, which goes to helping those affected by bushfires, heat, floods, cyclones and other emergencies.

The Salvos are providing meals to evacuees and first-responders through the Salvos bushfire appeal. 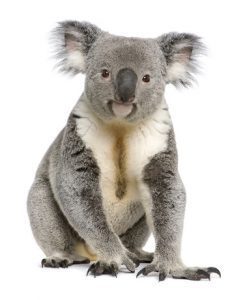 It’s been approximated that over 480 million animals have been killed in the fires.

The RSPCA bushfire appeal will support pets, livestock and wildlife in the affected regions.

And the World Wildlife Fund is accepting donations to help support conservation activities – especially for koalas.

The Port Macquarie Koala Hospital has raised more than $3 million for affected wildlife in the Victoria area, initially to distribute automatic drinking stations to help thirsty koalas and support wildlife survival. The organisation is now sharing the funds with other wildlife groups across the fire affected regions. You can donate here.

NSW Wildlife Information, Rescue and Education Service (WIRES) say they received more than 20,000 calls in December alone, up 14 per cent. You can donate here.

Mogo Zoo has raise $50,000 where they are working to protect the animals in their care, and donations can be made through Mogo Zoo Fire Recovery.

On South Australia’s Kangaroo Island, as many as 25,000 koalas are feared dead and thousands more injured. South Australian Veterinary Emergency Management (SAVEM) has been activated to manage the wildlife rescue effort and is working with other groups in fire-affected regions.

Donations can be made to SAVEM here or the Kangaroo Island Wildlife Park on GoFundMe.com.

Queensland-government-backed Givit is coordinating donations of items across Australia.

Accommodation provider Airbnb has activated its Open Homes program in New South Wales and Victoria, offering a place to stay to those affected by the fires. Those needing help or wanting to list their home can do so here (New South Wales) or here (Victoria). 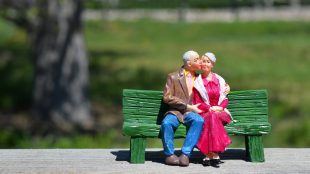