When I turned sixty last year, I thought of myself as semi-retired.

Over the past few years I’ve forsaken cocaine, moved into a lovely Art Deco flat, and found myself a nice little billet at the Sunday Telegraph; add my volunteer job, personal trainer and Hebrew class, and I was living a leisurely life which befitted a successful sexagenarian.

I wasn’t that bothered; I’d had a bestselling book, won an Emmy, and made (and spent) millions.

But then last year I had my own Brexit bounce – and it felt like I was living through my 1980s heyday all over again. I’m turning journalism away and looking forward to the premiere of my musical Hard Times On Easy Street (showing in May).

…can I ever again find the focus which allowed me to write my teenage novel Sugar Rush in six weeks?

But most surprising is the fact that I’ve got a book to write –Welcome To The Woke Trials – by October; I haven’t had a book published since the crowd-funded Unchosen six years ago, and I’m both thrilled and trepidatious in equal measures.

I’ve become accustomed to a life in which writing takes up just a couple of hours a day; can I ever again find the focus which allowed me to write my teenage novel Sugar Rush in six weeks?

I decided to try Modafinil, a prescribed drug developed in order to fight narcolepsy but which in recent years has become the hack’s little helper due to its ability to improve focus and concentration.

I was excited on Day One; up at 5AM as usual, singing – despite insomnia and tinnitus, I’m very much a morning person, the kind known as a *super-lark* – I take half a 200mg pill with my usual can of espresso.

By 7 I’ve fallen down the M-hole, which means that whatever you’re doing when it hits you’ll just keep doing

By 6 I’m on Facebook, my greatest vice these days. Whereas most people could write it off as a waste of time and thereby shake the habit, Facebook has brought me many valuable things during the time I’ve inhabited it as a sort of second life; some of my dearest friends, the co-writer and financial backer of my Brexit play, my brand new brilliant agent, and though him, my book deal. It’s really hard to give up something you love which makes your life so much better, even if it is a waste of time.

By 7 I’ve fallen down the M-hole, which means that whatever you’re doing when it hits you’ll just keep doing, as the task you take on seems fascinating. But I don’t need Facebook to be more fascinating – I’ll never be off it! Attempting to wrench myself away, I suddenly remember I’ve got lots of books still unpacked from my move; I feel great sorting them, like the most crucial cog in a brilliant machine – but it’s still not writing.

By 8 I finally tackle chapter one; writing feels exciting, like I’m on a date with someone whose company I love.

O no – it’s 9 o’clock – gym time! Jumping around like a fiend, lifting my heaviest weights yet, music sounds even better – like I’m hearing it from both mine and the musician’s point of view. But at my volunteer job at 11, I notice an interesting influence – one I don’t like. 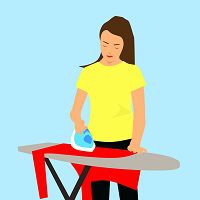 Unlike most mind-altering chemicals Modafinil doesn’t make you reckless; if anything it feels like you’ve ingested several instruction manuals in one sitting. Usually I mess around with my steaming machine (Stephanie) dancing with her to make my colleagues laugh, or using it as a pretend microphone. I have no inclination to do that today: ‘Stephanie is a potentially hazardous piece of machinery – not a toy!’ I keep cautioning myself. I’m very speedy with my steaming – perhaps a hundred garments in an hour – but because I don’t feel inclined to play the fool with Steph, it’s not as much fun as usual.

1 o’clock! I’m used to being tired by now, due to my chronic insomnia, but instead I’m writing this piece and thinking of asking my octogenarian neighbour if she’s up for a small house party. I’m also always hungry by now but instead I look dispassionately at the vegetable samosa I’d normally be inhaling.

Unlike most mind-altering chemicals Modafinil doesn’t make you reckless; if anything it feels like you’ve ingested several instruction manuals in one sitting

By 2 o’clock I can’t bear feeling so alert and I scoff the samosa with a glass of red wine and a couple of codeine. It works and I have a half-hour cat-nap; when I wake up I write very easily and enjoyably – but then I always do, once I get round to it.

To sum up, Modafinil enhanced the banal to the point where any task diverted me. I’ve enjoyed the experience – it was like cocaine without the bad bits or the constant cash haemorrhage – but it didn’t make me work.

I can see how it might give confidence and can-do to people who have low self-esteem but quite frankly I’m such a big-head and show-off that I think I might have *lapped* myself. So when it comes to my book delivery, I think I’ll rely on that age-old writer’s friend – last-minute panic. 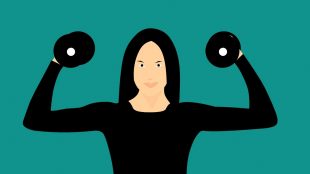