As part of our efforts to keep you entertained in lockdown and try to ensure your tiny brains don’t turn entirely to marshmallow, we’re doing a sort of regular pub quiz.

The idea is to try and do one each Friday, but don’t hold us to it. Here’s the second one. You can get your sticky paws on the answers by clicking the link at the bottom. There’s a drinks theme this week. Seeing as it’s Friday night and all that.

All the answers in this round feature a drink or cocktail in the title. Good luck!

1. Who were Wham’s female backing singers, who went on to have a solo career?
2. What line follows ’15 men on a dead man’s chest’?
3. In which film did Sylvester Stallone play Kurt Russell’s cop partner?
4. Which song gave Alannah Myles a top 10 UK chart hit in 1990?
5. Which UK act won the Eurovision Song Contest in 1981?
6. Which movie saw Brooke Shields deserted on a desert island with Christopher Atkins?
7. Which Wurzels hit song had the same tune as ‘Una Paloma Blanca’?
8. Written by Neil Diamond, which song was UB40’s first No. 1 UK hit?
9. Which drink, translated into English, means Aunt Mary?
10. Which former English Rugby Union captain is rumoured to have had an affair with Princess Diana?
11. What is the four letter name given to a horse’s ankle?
12. Which novel by Laurie Lee, set in Gloucestershire, was on the approved list of books for secondary schools in England and Wales in the 1980s and 90s?
13. What name was given to the Japanese suicide pilots of WWII?
14. Phillips, London, and ratchet are all types of what?
15. If you see FCUK on a t-shirt, what does the FC stand for?

Hopefully this will keep your brains active and give you something to do. Get on your Zooms, call up your groups, set up some prizes and get competitive.

If you got a great score (or even if you got an appalling score and should be ashamed of yourself), let us know. Post a pic of you/your team – with your favourite Friday night drinks – and tell us your scores using the hashtag #SilverQuizFriday – we’re on all channels.

Once you’ve had enough struggling you can find the answers HERE. 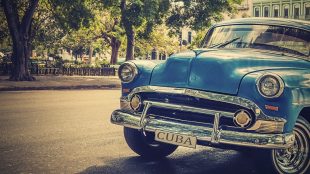 Want to be happier and less stressed? Then take a [...]