'Lost in London' film rehearsals, at the old Central Saint Martins College of Arts and Design, which is where the main sets for the film are. The film is directed and stars Woody Harrelson, and is based on real events

Lost in London is a film, although it’s not a film like any film you’ve seen before. This is a film shot with one camera, in one continuous take, at the same time being streamed live into cinemas and theatres direct to viewers munching on popcorn. It’s a storytelling piece of theatre on film, and when Woody Harrelson came up with the idea, nobody thought it would work.

To be fair, it almost didn’t. With something as complex as this there are technical challenges, incomparable to filming an ordinary movie. But the reviews were amazing, and Woody seems pretty pleased. Telling us in that instantly recognisable Texan drawl, “Yeah, it did work, you know. There are several things I wish would have gone down a little different. Being live, you know, it wasn’t exactly perfect but all in all I actually quite like it, I really do.”

As with live theatre, the only way to get something like this to work is rehearsals. “It was all one take, one camera, so there’s no cuts – believe me I’d love to have cut some stuff in! The night before, we filmed it twice. The second time, we finished around 6am so we were all just so spent. But the second time was good, and that was on the Wednesday night. And I decided to keep with the live one just by virtue of the fact that it was live, and it was really more the dream I had, which was the blending of film and theatre – it was more a theatrical experience.” 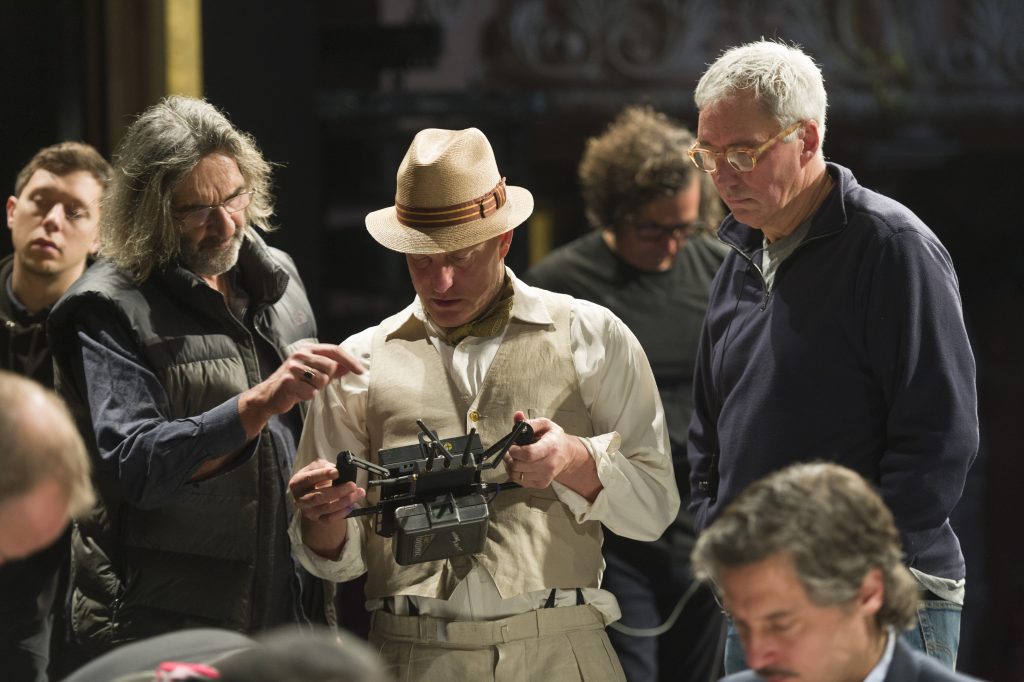 He’s also keen to identify that the end result wasn’t without its glitches, although he wouldn’t be drawn on what those were. He laughs, “There’s just a couple of things that I would definitely shift. But in terms of mistakes, you know there’s just one major thing, but I asked a couple of audiences if they could tell where it was, and we’ve shown in three times to audiences in Edinburgh, and Liverpool and York, and none of them could tell where the mistake was, and that was kind of interesting because it seems kind of glaring to me, but it’s not so obvious others. But kind of cool that there were some mistakes, you know.”

He admits that it was a pretty tough thing to make happen; “Everything had to be plotted out to the tiniest detail. It was a mad amount of work. Being a lazy person it really didn’t suit me! It was lot of stress. I’m relieved it’s over. People say it was fun right? And I say yeah, it was fun when we wrapped it.” So it’s hard to wonder what made him try it. Some say it’s a pioneering piece of live performance, others said it was insanity.

“I’ve always had this dream of merging theatre and film, and I thought well, I can shoot it live – but then you’re missing an element which is that you don’t have an audience, and that gave me the idea of streaming it, since I was gonna film it in real time anyway, if it was actually physically and technically possible. And so I set out to ask some people and some said no, it wasn’t possible, and some said yes it might be possible. I did have to make certain concessions, like everything had to happen within a 15 mile radius, which is still pretty remarkable. I don’t think the movie suffers because of this. But there’s some iconic images of London that I would have liked included, but I had to have it all in a certain space. I had constraints.” 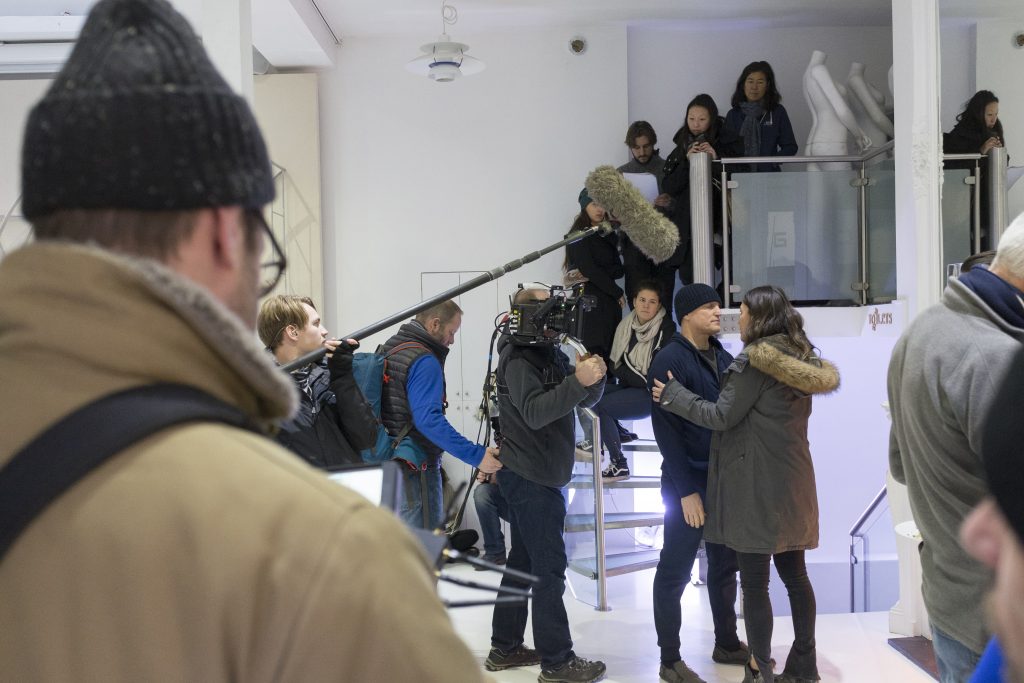 The film itself is based on a real experience Woody had in London; something he’d been working hard to try and forget. “It was the night that went wrong and just kept going more wrong as the night progressed. It was actually a night – and I’m going to be a little bit vague about it because I think it’s just best to see the movie, you know? – but it was a night I tried to forget, I tried to repress, and it just kept coming back and I just kept thinking about it. And I thought there’s just something to the story. It is a very personal, oddly vulnerable type of story. I don’t consider myself particularly vulnerable but in the telling of this story I am, and so, I don’t know. I’m glad I did it. It does feel cathartic.”

If you feel like seeing this film and watching Woody’s Lost in London unfold live before your eyes, the film is being screened in cinemas around the country with Woody attending a Q&A after the screenings. A good chance to meet a true star and find out more about this pioneering blend of live performance and film. We for one will be there, front row seats. We can’t wait 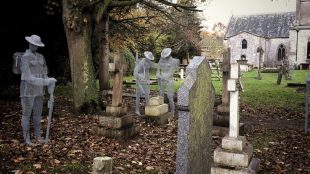 Gone but not forgotten – the ghostly soldiers by their graves

You may have seen a photographic collection of [...]