Increasingly we understand the importance of looking after our mental health and are learning new ways to maintain mental wellness. Could LSD or magic mushrooms hold the answers?

Around 1 in 4 people experience mental health problems, with depression and generalised anxiety disorder the most common. For many, the conventional treatments do the trick. Doctors prescribe drugs such as Citalopram (Celexa), Fluoxetine (Prozac) and Pregabalin (Lyrica), which in conjunction with therapy can often bring considerable improvement.

But for some these treatments don’t work, or in some cases can make the problem worse. Allergic reactions to medication, disastrous side effects, or even just a lack of efficacy all mean that sometimes conventional medicines just aren’t the right choice. So what then? Could microdosing mind-altering substances be the answer?

Microdosing is about taking small (micro) amounts of psychedelic drugs on a regular, controlled basis. Advocates identify this as a practice that can make positive psychological changes in the brain, including generating increased productivity, improved focus and awareness, and sense of general happiness and wellbeing. The drugs most commonly taken in microdoses are LSD and psilocybin (magic mushrooms), and a growing number of people are endorsing their effects.

Lucy in the sky with diamonds

Hallucinogenic drugs have a long and storied history, and have been known and used by mankind for millennia. Undoubtedly, they are most commonly associated with their meteoric rise in recreational use from the late 1950s, and their association with counterculture groups like the hippies.

The late Steve Jobs described experimenting with LSD as “one of the most important things in my life.”

Psychedelics at high doses alter perception and cause vivid hallucinations. Their uses for creative and spiritual purposes are well documented, with famous musicians, entrepreneurs and philosophers endorsing the drug. The late Steve Jobs described experimenting with LSD as “a profound experience, one of the most important things in my life.”

It’s only in recent years that psychedelics have come to be appreciated for their effects in microdoses, usually somewhere around a tenth of the strength of a recreational amount. Ingesting the drugs in these small quantities has far less pronounced effects. Think warm and clear-headed instead of hallucinations and profound spiritual awakenings.

Research into psychedelics for the treatment of mental health disorders is limited, but seems to suggest that there is some merit to claims about their therapeutic properties. A study undertaken by Dr Robin Carhart-Harris of Imperial College London found that psilocybin (magic mushrooms) could be an effective treatment option, and that the stigma against psychedelic drugs is unfounded.

As there has been little scientific inquiry into the effects of microdosing, much of the information on the subject is anecdotal. We spoke to Jane, who has been microdosing on and off for around six months, and feels that it’s made a positive impact on her recurring depression.

“As someone with depression I’ve done the rounds with traditional drugs like SSRIs and I’ve had a ton of therapy and counselling too, which does help. But isn’t great when I’m so depressed I can’t get off the sofa. And the drugs seem to work for a bit then stop and for years I’ve been going round and round in circles, having good periods and bad periods.

There’s this scene in Withnail and I where one of the characters says ‘Why trust one drug and not another?’ and I was thinking well here I am, taking all these antidepressants…

“A friend suggested microdosing. I’ve taken drugs recreationally a lot in the past and was really concerned that this wouldn’t be a good idea for me, particularly as I’ve had a bad experience on acid before. It sounded completely counter-intuitive for someone with a delicate mental balance. But I was intrigued enough to do some research and the more I read about it, the more it felt like something I could at least try.

“There’s this scene in Withnail and I where one of the characters says ‘Why trust one drug and not another?’ and I was thinking well here I am, taking all these antidepressants. Why exactly am I OK with that and not with something else? So I thought I’d give it a go.”

For most people, the biggest concern with microdosing is about getting the dose right, and for those trying acid as opposed to mushrooms, the key is finding a consistent source that is the same strength. Finding a reliable supplier and clean acid in a world where drugs are unregulated is no easy task and one that Jane was wary of.

“Acid is illegal, so I can’t say too much about this, just that I researched my source carefully and worked with someone who I felt was honest and had integrity in terms of the supply. And I started out really, really carefully with absolutely tiny doses! It was roughly a tenth of a trip. I cut them up into tiny squares wearing gloves. It was like a surgical operation!

“The first thing I had to do was make sure I was clear of other drugs. If you’ve taken anti-depressants before you know you can’t just stop them, so I went through the withdrawal process. I was a bit nervous but actually the drugs I’d been taking I don’t think were working any more so I didn’t feel any sense of loss. Mostly I was worried I’d have a huge downer after stopping but actually you get a period of grace afterwards anyway. So I waited two weeks and then tried my first micro dose.”

I didn’t have any clue what to expect with such a small dose. I didn’t even know if I’d feel it, but I did… the day seemed brighter

“As someone who only used to do things at full pelt I didn’t have any clue what to expect with such a small dose. I didn’t even know if I’d feel it, but I did. Not in a big trippy way, not hallucinating or anything like that. But the day seemed brighter. That’s about all I can describe it as. I felt clear-headed, and in that space where you remember all the right words for things, and like everything is flowing nicely. I don’t know if that makes sense, but it’s the best way I can put it into words.”

Without proper research into doseage and effect, it’s impossible to gauge what size dose and how often a patient should take something like LSD or mushrooms. We asked Jane how she decided to regulate her doseage.

“Because it was such a nice day the first time I was tempted to just take a microdose every day, but wasn’t sure what the cumulative effect would be. So I started off taking a dose (a tenth of a trip) every three days. I found that the brightness and slightly sparkly edges wore off within 24 hours of taking each dose, but that the clear-headed feeling and sense of positivity lasted longer, so this felt right for me. I tried also not to take it reactively – so if I had something negative happen I didn’t reach for the acid to escape bad feelings. I wanted it to be a long term, measured solution, not a way to drown out the challenges of life. Plus also I feel like the antidepressants I’ve been taking for years do that – they knock the hard edges off everything and actually I want to feel stuff properly – good or bad.” 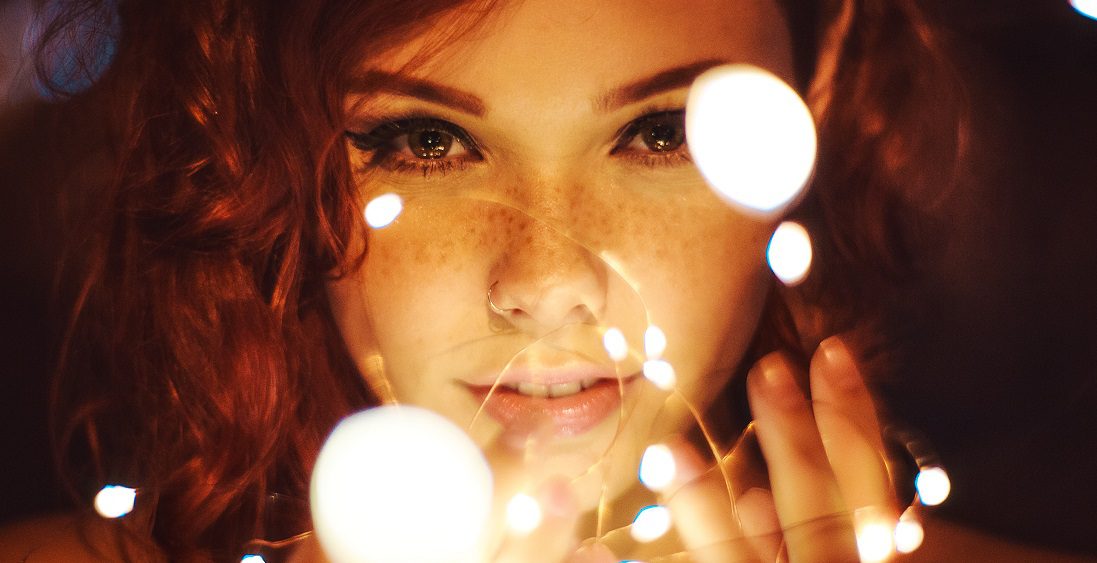 And how has this worked out longer term?

“I started this experiment about six months ago, and as each month passed I have reduced the dose by having longer gaps in between. So now I’m literally down to one tiny dose per week. I haven’t felt depressed since I started this, although overall I think I feel more ‘up’ than I would as a normal person and I’m concerned about that, because what goes up must come down. So I’m thinking of just stopping for a bit and seeing how that feels. Maybe it’s something to do in bursts rather than long term regular useage.

“Other things I’ve noticed are a feeling of generally being more relaxed, less bothered by the small stuff. I sleep well but my dreams are pretty vivid although not upsetting, just super clear and quite detailed. I’d say so far it’s been a success although I am a bit nervous of what might happen when I stop taking it. One thing’s for sure – it would take a lot to get me back to taking antidepressants again. Not when I can do this and feel this way without all the side effects.”

The jury is still out on whether microdosing is an effective and more importantly safe way of treating mental health disorders. But with the focus increasingly on useage of other ‘recreational’ drugs like marijuana, it seems likely that psychedelics will come under the microscope soon too.

Ongoing research will no doubt shed some light onto the viability of microdosing for the majority of us – and excuse us for sounding cynical, but much of that is likely to depend on whether the large pharmaceutical companies are able to harness and sell the drugs legally. In the meantime we urge anyone trying this to be extremely careful – we don’t advocate, only highlight this treatment.

Disclaimer:
Drugs are illegal, risky, unpredictable etc
Silver doesn’t condone illegal drug useage, just to be clear. We don’t want to get into trouble so do this stuff at your own risk, OK?

See what Robin Carhart-Harris has to say